Pelé as an Ideal

“The end of my years as a teenager is approaching, which means I am soon to leave behind my life’s last opportunity to believe that I know everything. Already I can feel uncertainty slipping into parts of my mind that were once ironclad, airtight. “Is America really the best country on earth?” I ask myself. “Is there any substantive evidence to suggest that my 8th grade Social Studies teacher is the devil?” The perfect life I designed for myself seems increasingly unlikely by the day.” (Run of Play)

Pelé in Brazil
“When I asked to interview Pablo and Dennis about Pelé they both responded with furrowed brows. Neither one liked Pelé, they explained. Pablo called him an idiot. ‘Perfect!’ I said. I chose Dennis and Pablo because they are both Brazilian. That’s it. Just being Brazilian may not seem like much to go on, but it’s a start. If we are really going to figure this Pelé thing out, we need to explore as many perspectives as possible. This is the perspective of two regular dudes that happen to be from Brazil.” (Run of Play)

“A month after the end of the World Cup, I think it is about time I close a few tabs on my browser that have been holding particularly memorable reflections on that delirious month in the early summer. Here are a few quotes. I like this from the English novelist Tim Parks, in the New York Review of Books. First, a nice observation about FIFA’s attitude to cheating…” (This Sporting Life)

“Neymar saying no to Chelsea’s millions and staying with Santos is being seen as a huge victory for Brazilian football. This might be going just a little too far but more than anything else, it is a victory for common sense. The 18-year-old is a magnificent prospect. He is sleek and skilful, able to beat the defender on either side, capable of combining well, and full of tricks he can put to productive use in and around the penalty area. He is a goalscorer and goal maker but he is still raw.” (BBC – Tim Vickery) 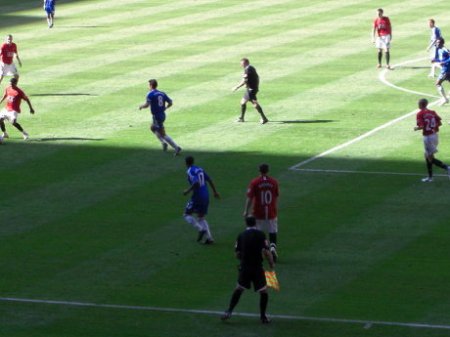 “There is a saying – familiarity breeds contempt. However, for the attacking trident of Chelsea, a keen understanding and movement has led to a whopping 12-0 goal differential and two wins. Granted, neither West Brom nor Wigan will be fighting for titles this season, but…but…but…six goals is six goals is six goals. Malouda was at his thoughtful best, anticipating a Lampard shot and pouncing on the rebound. Anelka followed a classy far-post finish with a right-place-at-the-right-time header (read: offside).” (futfanatico)

“Lately, I find I do not have much to say. In June and July I watched all but two World Cup matches, read enormous amounts of football journalism, and contributed to the genre in my own way via this blog and daily podcasts for The People’s Game. I loved this – especially the podcasts which gave me a chance to talk with bloggers I’ve been reading, who define my ‘imagined community.’ But by the end, I found that I had less and less to say.” (From A Left Wing) 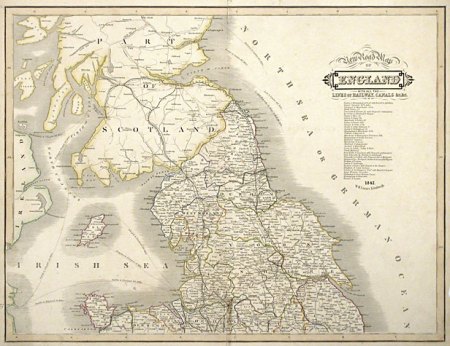 “Brede Hangeland scored late on at both ends in a frantic finale to a superb game. Fulham brought in Clint Dempsey and Paul Konchesky, with Mark Hughes sticking to the 4-2-3-1 shape that brought Roy Hodgson such success last season. Wayne Rooney was out, so Sir Alex Ferguson gave Javier Hernandez his first Premier League start, and selected Park Ji-Sung rather than Nani on the left – otherwise the team was the same as in their opening game of the season.” (Zonal Marking)

“On the eagerly-awaited day in which Sky Sports News leaves freeview and launches in “stunning high definition”, it’s difficult to imagine how anything so mundane as the football equivalent of a mart report could overshadow such a landmark event. Admittedly, the Rumour Mill has no idea what difference the switch to stunning high definition is going to make to a channel we spend so much time gazing at we refer to it, simply, as “the news”. Perhaps the breaking news ticker that rolls across the bottom of the screen informing us that Stilian Petrov has mislaid a pair of shorts will be even more yellow. Perhaps Charlotte Jackson will turn out to be flawed.” (Guardian)