A season of sense?

Philips Wouwerman
“Back without much of a bang and certainly with a whimper from those suffering from World Cup burn-out, the Premier League’s return would seem low-key compared to its previous big build-ups. When Johnny Heitinga is among your list of top performers in South Africa, it’s perhaps best to draw a Barclays-sponsored veil over the summer’s events, and especially when your prime stars flopped to a man, give or take Cesc Fabregas’ late cameos for Spain.” (ESPN)

“Yesterday, Laurence McKenna, Kartik Krishnaiyer and myself focus on some of the issues that have carried over from the summer into the beginning of this Premier League campaign. On today’s edition of the EPL Talk podcast, we move to the clubs, talking about which teams we feel are going to make-up the bottom half of the league and potentially battle relegation. We start the conversation by discussing the newly promoted clubs – Newcastle, West Brom, and Blackpool.” (EPL Talk)

“Yesterday evening saw the much awaited kick-off of the Dutch Eredivisie. And it was the defending champion’s honour to feature in the first match, away against last year’s number nine, Roda JC. A potentially tough fixture as Roda performed particularly well in the second half of last year’s competition and, in contrast to Twente, succeeded in keeping much of their squad together during the summer transfer window.” (11 tegen 11) 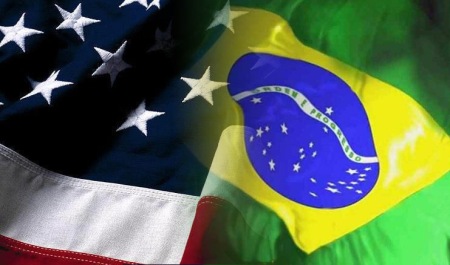 “Does this week’s spat of international friendlies represent an incredibly awkwardly timed set of fixtures being shoehorned into a tiny window and conflicting with many league schedules while needlessly interrupting the lead up to the Western European club season? Yes. Should we shut up about it and enjoy the matches themselves while eating, drinking, and acting like we know everything about certain players we’ve never even seen play because they were fleeting transfer targets of a club team we like at some point in the past month? Even more so, Yes!” (The Yanks Are Coming)

“Flashback: This video captures the euphoria in the streets of Ghana just after the Black Stars knocked the US out of the World Cup.” (From A Left Wing)

“La Liga Loca loves a good moan. Really, really loves it. More than sleeping, in fact. And that show where Jennifer Love Hewitt talks to ghosts through the medium of her boobs. In a mere eight-minute spell this morning, LLL grumbled that someone else was using what the blog considers to be its personal lift. And that it had to wait at the traffic lights before it could cross the road. And that the newspaper kiosk attendant refused to acknowledge LLL’s presence, despite it playfully waving its AS in his grumpy face for a good ten seconds.” (FourFourTwo)

“This week it seems the latest trend in the football world is retiring from the international game, after both Wes Brown and Paul Robinson called time on their England careers. It’s probably for the best as the last thing a true England fan wants is to be watching players whose hearts are not in it. Representing your country is surely the highest honour of all in the professional game and at the risk of sounding cliched, there really is no ‘I’ in team.” (Beyond The Pitch)