Fernando Torres confirms he will stay at Liverpool next season 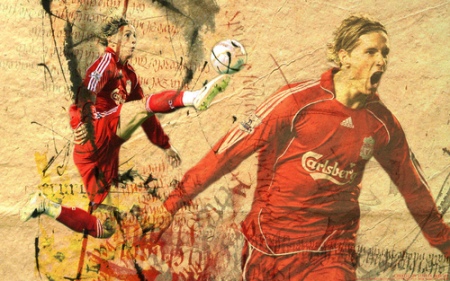 “Fernando Torres has seemingly confirmed he is staying at Liverpool this season, saying ‘My commitment and loyalty to the club and to the fans is the same as it was on my first day when I signed’.” (Guardian)

A tale of two city teams

“When the fixtures for the forthcoming season were made public, many fans would have immediately checked to see when their team were due to meet their big local rival. Derbies are part of the essence of football, perhaps even more so in South America than in Europe. The logic is clear. Distances are vast in South America, forcing the game to develop locally. Brazil has only had a genuinely national championship since 1971, while the Peruvian league was restricted to Lima until 1967.” (BBC – Tim Vickery)

“Our week of 2010-11 previews starts here and, rather than sound off with our own views once again, we decided this year to canvass the opinion of fans of all the league clubs. Thankfully, we have been overwhelmed with a warm hearted response and no little wit. The Championship previews appear today in two parts, with Leagues 1 and 2 to follow later in the week. Here goes and needless to say, the opinions are those of the contributors and not necessarily The Two Unfortunates…” (thetwounfortunates), (TTU 2010/11: Season Preview: Championship (Part Two))

“The first decade of the new century saw Blackpool take a most modern route from the basement of the Football League into the Premier League. A decade ago they were in what we now know as League Two, but they will start the new season in the Premier League having been promoted three times via the play-offs. They’re the the first team to have managed this, but will this promotion prove to be a step too far? The obvious statement to make is that they are the pre-season favourites to return from whence they came, but there are reasons for Blackpool supporters to feel optimistic about the new season.” (twohundredpercent)

The Changing Landscape of FC Barcelona

“Today’s announcement that Rafa Márquez has agreed with the club to rescind his contract, making him eligible for a move to the New York Red Bulls, should come as no surprise to anyone. Márquez played for 7 years at FCB, amassing 242 appearances and 13 goals in all competitions. His first goal for us was in the 2-1 home win over Real Betis on November 9, 2003 while his last goal was this stunner of a freekick in the 4-0 home win over Racing Santander on February 20 of this year.” (ESPN)

“Another Serie A season is on the horizon. Will Inter maintain their grip on the domestic stage? Can Milan make a serious challenge? Are Juventus a force to be reckoned with once more? Could Roma surprise yet again? Get ready for the new campaign with our special Serie A fixtures PDF.” (Football Italia) 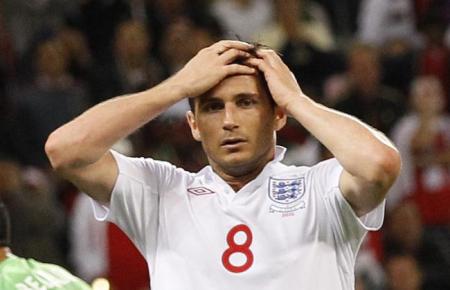 Frank Lampard
“It was the World Cup goal seen around the world but missed by the eyes that mattered most: England midfielder Frank Lampard’s shot that dropped cleanly past the German goal line but was not given by the referee. The avalanche of complaints about that missed call and others during the largest soccer tournament in the world raised the philosophical question of whether instant-replay technology improves games or turns them into soulless events run by a bank of blinking lights. Scientists who study the human brain say it is surprising that bad calls do not happen more often.” (The Globe and Mail)

“Here is part 1 of a 2 part piece following The Ball as it journeys in the back country of Mali to the Dogon area searching for some off the beaten track football action. Music in this EP is from Akwaaba Music artists Baba Salah from Mali with ‘Borey,’ Alou Sangare with ‘Dugu Djeto,’ find the song here and check out the music video here. Then we have another spin for Mic’Mo Lion with ‘Niengo’ and finally a track from the awesomely named Peace Singers of Adabraka Official Town with ‘Take Four’.” (The Ball 2010)

“Yelling football chants in the street. Puffing on tabs. Urinating beside bins. Contrary to what you might expect, the Rumour Mill doesn’t frown on such loutish behaviour. Indeed, anyone who saw us strutting proudly into work this morning, head back, chest out and arms spread in the classic Big Brave football-fan-backed-by-his-mates “you want some?” pose will know we’re wholeheartedly in favour of it. It impresses people. It earns us respect. It leaves our scent and a puddle on the street.” (Guardian)