Futures bets for EPL, Serie A title chases and other tight European races

“The Champions League final is set between Liverpool and Real Madrid, but there are still two incredibly close title races in two of the biggest leagues in Europe. The Premier League and Serie A titles are coming down to the final few weeks. There are also close battles for European places and relegation battles across the top five European leagues. Here’s a look at what’s on the line, the biggest matches to come and how the betting market views the close races in the final few weeks of league play. …”
The Athletic 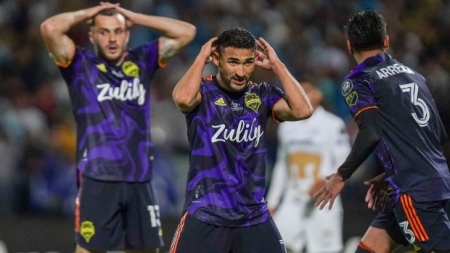 “Even almost 10 years after that fateful night, Nat Borchers’ voice still dipped and dropped an octave or two as the painful memories flooded to the surface. ‘And I remember at the end of the game, being so upset because the fans there, they’d all been standing on their feet for the whole 90 minutes. They were expecting something, and we couldn’t give it to them,’ he said. ‘If you look back on it, it was probably the biggest game in American soccer history up to that point in time, I mean, in terms of club level, MLS vs. Liga MX. The fact that we couldn’t get it done was tough.’ …”
MLS Soccer (Video)

The match between Queretaro and Atlas was in its 63rd minute when fights between opposing fans broke out
“At least 26 people were injured, including three critically, on Saturday when fans brawled during a football game in central Mexico. The Liga MX match between the hosts Queretaro and Atlas from Guadalajara was suspended in the 62nd minute when fights broke out in the stands. Security personnel opened the gates to the field so that fans, including women and children, could escape the stands. …”
Guardian
Dozens injured as fans clash at Mexico football match

How to Strengthen Cross-Border Ties Between U.S. and Mexican Pro Soccer

“You’d be forgiven for not knowing what the Leagues Cup is. The annual series featuring eight teams—four from Liga MX and four from Major League Soccer—hasn’t garnered much enthusiasm since it began in 2019. It has the feel of an exhibition tournament awkwardly placed on the calendar, lacking the history and high stakes necessary to make it a credible competition. The Leagues Cup was in many ways more significant for what it represented: the possibility of a union between the two largest professional leagues in North America. Consolidating Liga MX and MLS makes a world of sense. It would bundle the popularity and prestige of the Mexican league with the commercial power of the American and Canadian markets. …”
The Ringer (Audio) 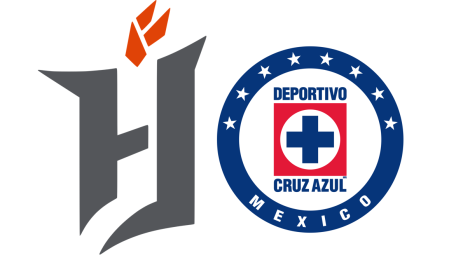 “While they won’t be overly pleased with the result, Forge FC continue to showcase just how far soccer has come in Canada, going toe to toe with Cruz Azul in their first appearance in the CONCACAF Champions League this season. Cruz may have dominated the match, but Forge put up a valiant fight to the end, and could have easily secured an important result on a different day. Here is our tactical analysis of Forge’s 1-0 defeat at the hands of Mexican giants Cruz Azul, and how the Hammers should progress into the second-leg. …”
Mastermindsite

Atlas didn’t dominate Club America at the Azteca, but they did take all three points and control of the Clausura in the early going.
“…’Efficient” is probably the best way to summarize Atlas in their 2-0 away win over Club America last Saturday. Although the 2021 Apertura champions were out-shot and out-possessed by Club America at the Estadio Azteca, Atlas only needed four shots in the entirety of the game to solidify a victory that pushed them up to second in the Liga MX table. …”
ESPN (Video)

“There are many ways to win in football — but scoring more goals than you really should have, while conceding fewer than would have been expected, is a pretty good mix. Real Madrid have definitely been outperforming their numbers over the first half of this La Liga season, both in attack and defence. These are two big reasons why Carlo Ancelotti’s team have been able to open up what already looks a potentially decisive lead over their challengers — eight points over second-placed Sevilla, an astonishing 17 to champions Atletico Madrid in fifth, and 18 to Barcelona in seventh (albeit with Real Madrid having played a game more). …”
The Athletic (Video)

“When Atlas FC striker Julio Furch stepped up to the penalty spot in the Liga MX final against Club León last Sunday, he was poised to end 120 minutes of intense football and 70 years of anguish for the Guadalajara-based club. The capacity crowd at Atlas Estadio Jalisco were in the beginning stages of celebratory fervor. Atlas’ Colombian international goalkeeper Camilo Vargas, who joined the club in 2019, had just saved León’s fifth penalty in a shootout. A make from Furch would seal the title for Atlas. …”
The Athletic (Video)

“For years, MLS has tried to substantially grow its fanbase. The league has expanded rapidly, constructed fabulous new stadiums, made strides in youth development, thrown resources into marketing efforts and shuffled between different broadcasters. The work has paid dividends in attendance in many markets, massively raised the valuations of every club and attracted a growing number of deep-pocketed, motivated owners, but it hasn’t made MLS all that popular nationally. Still, MLS is on an upward trajectory. …”
The Athletic

What’s the Endgame in the M.L.S.-Liga MX Alliance?

A team of MLS all-stars beat their Liga MX counterparts in the penalty kick shootout Wednesday night at Banc of California Stadium.
“One could forgive the top soccer players in Mexico and the United States if they feel as if they have seen quite a lot of each other recently. When some of the best players from Mexico’s Liga MX lined up against some of the biggest stars from Major League Soccer in the M.L.S. All-Star Game on Wednesday night in Los Angeles, it was not — for a handful of them — the first time they had played an important match north of the border this summer. Whether in a series of new cross-border club competitions or in two important national team tournaments, the Nations League and Gold Cup, U.S.-Mexico matchups — in a variety of jersey colors — are now more frequent than ever. …”
NY Times

“The Primera División de México (Liga BBVA MX for sponsorship reasons with BBVA through its Mexican subsidiary BBVA México), is the top professional football division of the Mexican football league system. Administered by the Mexican Football Federation, the league comprises 18 clubs with plans to add 2 more teams. The season has two tournaments: Apertura, which starts in the summer, and Clausura, which starts in the winter. … Of the 56 teams to have competed in the league, América has won the title 13 times, followed by Guadalajara (12), Toluca (10), Cruz Azul (9), León (8), UANL and UNAM (7). The current league champions are Cruz Azul, winners of the Guardianes 2021 tournament. …”
Wikipedia
W – Football in Mexico