2011: A tumultuous year for Brazilian football 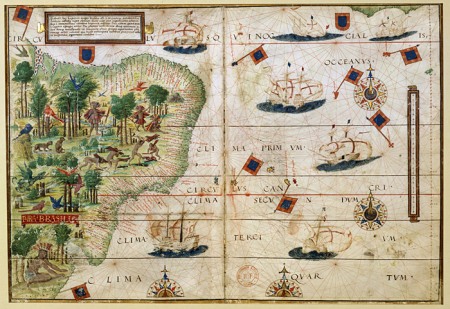 “After a year of mixed fortunes in Brazilian football, what needs to change? In a year that was believed to herald a new dominance of Brazilian club football with higher quality players, partially from repatriated imports, and ever-growing revenue, one can perhaps feel a little disappointed at the outcome and sense a change in direction is needed.” Purple Patch

“Chelsea’s Andre Villas-Boas may be a forward-thinking, progressive coach, but his attempts to impose a high line on players who seem reluctant, or unable, to adapt have resulted in defeats this season against Manchester United, Queens Park Rangers, Arsenal, Liverpool (twice) and Bayer Leverkusen.” World Soccer – Jonathan Wilson

“The year 2011 began with Liverpool FC and its fans in the midst of a great depression, heading nowhere under Roy Hodgson. Before long we were losing our main goalscorer, and spending the £50m (plus the fee for Ryan Babel) on two new, young strikers. With Torres gone, and Steven Gerrard about to be sidelined for more-or-less the rest of the year, it was going to be no easy task for a new manager to drag the team from the bottom half of the table towards the top six. Kenny Dalglish did just that.” Tomkins Times

Non-League Videos Of The Week: The Blue Square South

“Refreshed and reposed after a break for Christmas, we’re back this morning with a double dose of Non-League Videos Of The Week. We have a couple of matches from the Blue Square Premier coming up a little later this morning, but we are starting off with five of Boxing Day’s matches from the Blue Square South. Leaders Woking have pulled clear at the top of the table, and they attracted a crowd of over three thousand people for their match against Farnborough, but the chasing pack were also in action and we have derby matches between Chelmsford City and Thurrock, Bromley and Tonbridge Angels, Dover Athletic and Eastbourne Borough and Welling United and Dartford. As ever, our thanks go to those that record, edit and upload these matches.” twohundredpercent (Video)

Non-League Videos Of The Week: The Blue Square Premier
“For the second part of our Non-League Videos Of The Week, we have two matches from the Blue Square Bet Premier Division. At the top of the table, Wrexham are continuing to hold Fleetwood Town at bay and, while Fleetwood had a Lancashire derby match at home against third placed Southport on Boxing Day, Wrexham, who are now owned by their supporters, made the relatively short trip to Shropshire to play another supporter-owned team, AFC Telford United, and over four thousand people turned out at New Bucks Head for the match. Our second match comes from the other end of the division. Ebbsfleet United recently announced that they need to find £50,000 to plug a gap in their finances. They are just above the relegation places at present and can sure up their position with three points from a home match against Hayes & Yeading United. Our thanks go to those that take the time to record, edit and upload these videos.” twohundredpercent (Video)

“The second Glasgow derby of the season saw Neil Lennon’s Celtic side take all three points as they beat Rangers 1-0 to leapfrog them into top spot, after turning around a 15 point deficit from the 5th November to go two points clear. Welshman Joe Ledley scored the only goal of the game in what was a deserved win for the Parkhead side.” Scotzine

Football’s role in Algeria’s fight for independence from France

“In April 1958, Rachid Mekhloufi stood on the brink of international superstardom. Having scored 25 goals in thirty games to help Saint-Étienne win their first Championnat the year before, Mekhloufi was about to win his fifth France cap in a friendly against Switzerland, with coach Paul Nicolas including him in the forty-man pre-selection for Les Bleus’ highly fancied World Cup squad.” World Soccer

“Liverpool will be without Luis Suarez for Friday’s home game with Newcastle United after the Football Association handed down a one-match ban and £20,000 fine for a gesture made towards Fulham fans. Suarez, who is also facing a seperate eight-match ban for the use of racist language towards Patrice Evra, was pictured apparently giving supporters a one-fingered gesture and admitted the charge.” ESPZN

Liverpool 1 Blackburn Rovers 1: In-Depth Tactical
“Blackburn’s recent record had been abysmal. They had won just one of their last 17 away league games, and had failed to keep a clean sheet in 20 matches. Liverpool, however, are having trouble putting teams away; they are unbeaten in their last eight home matches, but have drawn four of them. And they have the worst shot conversion rate in the league this season, a miserly 8.6%.” Tomkins Times

Liverpool 1 – 1 Blackburn Rovers
“Even the return of captain Steven Gerrard after a two-month absence failed to lift Liverpool out of their current Anfield malaise as the Barlcays Premier League’s bottom club Blackburn left with a point they barely deserved. The England international, sidelined since October with an ankle problem, played the final 21 minutes but could not inspire a change in fortunes. Kenny Dalglish’s side, although unbeaten at home this season, have now drawn six and won three and been held five times in the last six outings at Anfield.” ESPN