Suarez ‘Is Not A Racist’ 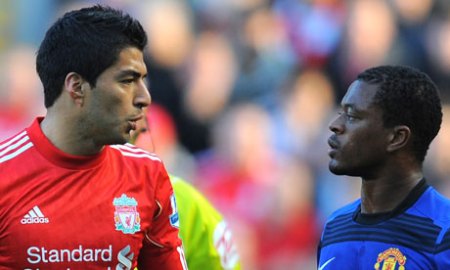 “It is key to note that Patrice Evra himself in his written statement in this case said ‘I don’t think that Luis Suarez is racist’. The FA in their opening remarks accepted that Luis Suarez was not racist. So asserted Liverpool Football Club. It seems to me that one of the toughest things to prove in life is that you’re not a racist. So keen are we to clamp down on the vile nature of racism, we don’t really give a comeback to those accused of it; it’s an accusation that sticks. If it’s just your word against your accuser’s, what can you do? How do you prove you didn’t say something? – because the absence of evidence means nothing.” Tomkins Times

Luis Suarez: The verdict
“This is not a piece about whether the decision to ban Luis Suárez for eight games is correct or not. In the absence of the FA’s full reasons, I don’t know that, and nor do you. The only thing we can say with certainty is that a three-man independent panel, convened by the FA, considered the submissions from both parties, along with any other evidence they may or may not have had, and determined that Suárez racially abused Patrice Evra. They then decided that this warranted an eight-game ban and a £40,000 fine, an aspect of the thing I’m going to leave alone because it’s boring.” Surreal Football

Liverpool furious as Luis Suárez banned in Patrice Evra racism row
“Luis Suárez has been banned for eight matches and fined £40,000 for racially abusing Patrice Evra, prompting an extraordinary response from Liverpool accusing the Manchester United player of being “not credible” and alleging that the Football Association had deliberately set out to punish their player even before hearing the evidence. In a statement that also calls for the FA to press charges against Evra, Liverpool described themselves as ‘surprised and disappointed’ with the ‘extraordinary’ decision to find Suárez guilty of aiming racist abuse at the Senegal-born Frenchman during the 1-1 draw at Anfield on 15 October.” Guardian

“A week ago, we drew attention to the mysterious falling out between Hertha Berlin’s coach Markus Babbel and the club’s general manager, Michael Preetz, and said the two might soon part ways. However, nobody could’ve expected that the matter would come to a head only a few days later and that Babbel would be fired less than 24 hours after his team snatched a point away at Hoffenheim.” ESPN

When Is It Okay Not To Care?

“There have been various times in my life when football results have taken a backseat; misunderstanding or misquoting Bill Shankly’s ironic words about ‘life and death’ is common, but when all is said and done, it’s unlikely that many people maintain the exact same interest in their team’s results, irrespective of the slings and arrows of daily life.” Tomkins Times

Inverting the Pyramid by Jonathan Wilson 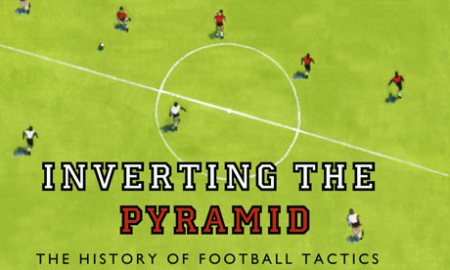 “The opening words of Jonathan Wilson’s gripping book on the evolution of football and its tactics set the stage for his argument: that the game has not only become more organised and structured but, as the title suggests, progressively less reliant on a mass of forward players.” There Is No Original Name For This Sports Blog

Inverting the Pyramid: The History of Football Tactics
“Whether it’s Terry Venables keeping his wife up late at night with diagrams on scraps of paper spread over the eiderdown, or the classic TV sitcom of moving the salt & pepper around the table top in the transport cafe, football tactics are now part of the fabric of everyday life. Steve McLaren’s recent switch to an untried 3-5-2 against Croatia will probably go down as the moment he lost his slim credibility gained from dropping David Beckham; Jose Mourinho, meanwhile, is often brought to task for trying to smuggle the long ball game back into English football (his defence being his need to ‘break the lines’ of banks of defenders and midfielders).” amazon

“We all knew that an announcement was coming and, somehow or other, the decision reached would have been surprising, no matter what it was – a reflection, perhaps, of the fact that this particular story should have twisted and turned in the way that it has since it first became apparent that something happened at Loftus Road during his team’s match against Queens Park Rangers, two months ago.” twohundredpercent

“A draw between 3rd and 2nd means Milan will end 2011 top of Serie A. Francesco Guidolin was without the suspended Mehdi Benatia at the back, so played Damiano Ferronetti, while Almen Abdi played behind Antonio Di Natale. Antonio Conte played his expected line-up. There were rumours before the game that he would switch to 3-5-2, although the line-up suggested that it would be more of a 4-5-1.” Zonal Marking