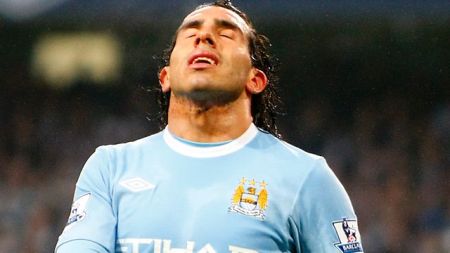 “I hugely resent the management’s suggestions that I have been unduly influenced by others,” said Tevez. “I am disappointed that the management should now see fit to try to portray the situation in another light.” Run of Play

Henry Winter: Manchester City must remember that the club is bigger than any one player – including Carlos Tévez
“Adios, amigo, and thanks for all the goals. If Carlos Tévez leaves for Real Madrid, there can be no doubt that Manchester City and the Premier League would be a poorer place without the sparkling little Argentine. Eastlands and English football would, however, be a better place without his agent, Kia Joorabchian.” Telegraph – Henry Winter

This entry was posted on Tuesday, December 14th, 2010 at 7:36 pm and is filed under Henry Winter, Manchester City, Run of Play. You can follow any responses to this entry through the RSS 2.0 feed. You can leave a response, or trackback from your own site.