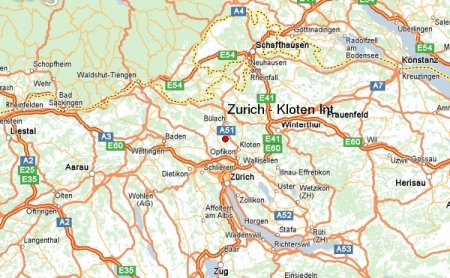 “The Baur au Lac hotel, a five-star palace on the banks of Lake Zurich, was the epicenter of The Game here this week: the final lobbying of the nine bids vying to host the 2018 and 2022 World Cups. As the official hotel of the FIFA Executive Committee, the 22 men who choose the World Cup hosts, the opulent Baur au Lac welcomed all manner of dignitaries this week, from former President Bill Clinton and David Beckham to Prince William and British Prime Minister David Cameron.” SI

World Cup 2018: The men who betrayed England and why they did it
“The morning after the night before, the shell‑shocked England 2018 chief executive, Andy Anson, shakes his head as he attempts to unpick why their core vote collapsed. “I still find it hard to understand what happened,” he said. ‘I’m not going to beat around the bush – individual members promised to vote for us and didn’t, clearly.'” Guardian

“Wolfsburg and Bremen played out an entertaining scoreless draw but one that’ll only truly live on in the memory for Edin Džeko’s petulant reaction to being substituted. Bremen came into this game with a number of absentees, including Claudio Pizarro, Wesley, Naldo, and Tim Borowski. Wolfsburg, meanwhile, made do without just two first-choice players – Arne Friedrich, and Grafite.” Defensive Midfielder

“Mauro Zarate was the star man as Lazio moved joint top of Serie A. Eddy Reja kept a 4-2-3-1 system, making one change – bringing in Matuzalem for Cristian Ledesma in the centre of midfield. Rafael Benitez continues to have serious injury problems. Felice Natalino started at right-back, with Ivan Cordoba moving into the centre. Sulley Muntari started on the left.” Zonal Marking

More Than A Game

“My Football Manager journey began back in 1993. I was playing the Commodore Amiga, the game was called Championship Manager and the makers went by the unimpressive name of Domark. If you are wondering how this relates to the game currently known as Football Manager then this story is probably not for you. Domark were soon swallowed up by Eidos, who developed the Championship Manager series into a global phenomenon before splitting from the brand name to create Football Manager. But let’s start at the beginning.” Ghost Goal

Is The Future Of Football In The USA?

“Many of us have watched our team drift away from the clubs with big cash and thought; this isn’t right, is there an alternative? Screw the cash, revolution is in the air, here’s Nick Rosano on the MLS.” In Bed With Maradona