To Russia and Qatar We Go… 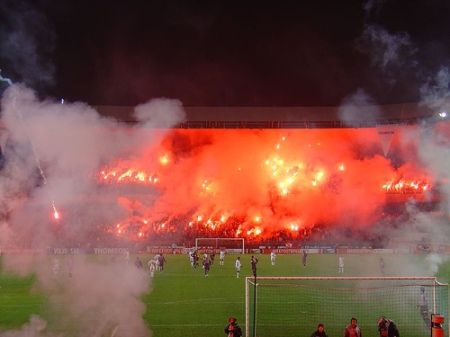 “This week, the FIFA executive committee convened in the ‘House of Football’ a secretive, lavish and generally ostentatious layer nestled in the heart of Zurich, insulated from the public and out of touch with reality. FIFA welcomed the nine bid committees vying to host the 2018 or 2022 World Cups – England, United States, Spain/Portugal, Holland/Belgium, Russia, Japan, Australia, South Korea and Qatar.” Soccer Politics

“Below are Match Of The Day (MOTD) video highlights for all the EPL matches on December 4, 2010. If a link is unavailable, it will be added later.” The 90th Minute

Arsenal and the Cold War

“In October 1954, a very special game of football was played. Billed as a friendly, the political stakes could hardly have been higher. Welcome to IBWM, Nick Wright.” In Bed With Maradona

Interview with a Writer: Paul Tomkins 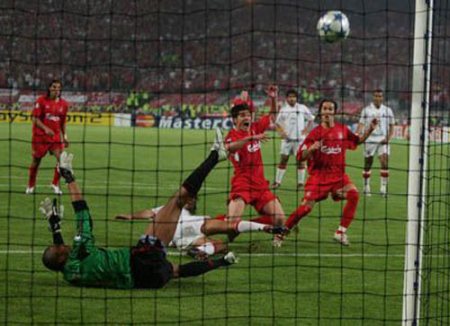 “The first instalment of our Writers series is with noted sportswriter, Paul Tomkins. Paul has authored 9 books now, including his most recent work, Pay As You Play, an inside look at the financial implications of winning in the Premiership. Paul and his collaborators created a new metric, TPI (Transfer Price Index) to evaluate the transfer performance of managers since the inception of the EPL. Applying the precision of an accountant to the at times “intuitive” nature of football transfers, Pay As You Play depicts a much more accurate picture of which managers are great at what they do and which aren’t (although they may claim otherwise!)” 12 Yards Footy

Mutual respect for mediocrity spawned this fine bromance
“We’ve all had enough pain. We’ve all had enough misery and dissembling. But the next 24 hours will bring more, although it will be disguised as a heart-warming story of friends re-united. Gerard Houllier returns to Anfield tomorrow and he will be met there by his great friend Roy Hodgson. If you had Roy Hodgson’s away record, you too would have many friends in football. Since August 2009, Hodgson has won two league matches away from home, so it is no surprise he is greeted warmly wherever he goes.” Independent

“Was this the week that Marseille’s title defence began in earnest? A 4-0 win at home to Montpellier last Saturday took the champions back to the summit, above Lille on goal difference, and a goalless draw in the re-arranged game against Rennes on Wednesday sent them a point clear. Steve Mandanda saved an early penalty by Rennes’ Jirès Kembo Ekoko to prevent OM falling behind, with Lucho González squandering a superb chance late in the game when he side-footed wide from 12 yards.” Football Further

“A scoreline that barely makes sense given the away side’s dominance for the majority of the game. Felix Magath lined up with a lopsided and frankly disorganised 4-4-2 / 4-4-2 diamond shape. Jermaine Jones and Jefferson Farfan were dropped after last week’s 5-0 defeat to Kaiserslautern. Jose Jurado came in as a playmaker drifting to the left, and Ivan Rakitic played on the left of the centre of midfield.” Zonal Marking

Ekstraklasa – The Season So Far

“The Polish league has never really been an attractive one to those in modern Western countries with their modern football. For years, the Ekstraklasa was known only for it’s seismic corruption scandal (that has now been solved, hopefully), the few goalkeepers that made it to a better world and an international team that had their heyday in the 1970′s and 1980s’s. Were it not for the fact that Poland will co-host Euro 2012, you would, frankly, have little reason to pay any attention at all. But they are, you do, and since the games scheduled to see out 2010 have been postponed until February, it’s time for a mid-season roundup.” In Bed With Maradona