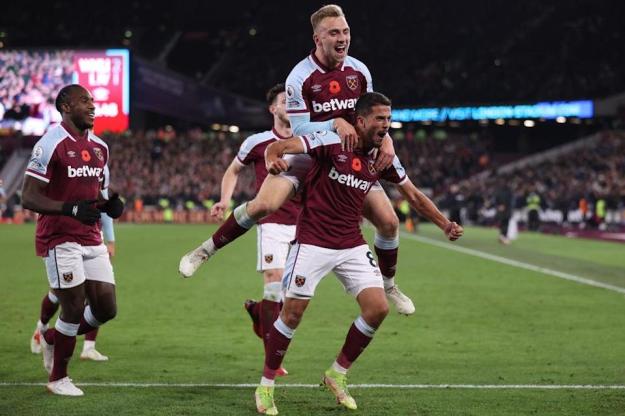 “As Pablo Fornals ran on to Jarrod Bowen’s through-ball midway through the second half, the London Stadium fell into one of those pregnant silences that were probably the greatest loss of the time without fans. Over the course of what can only have been two or three seconds but felt far longer, you could almost hear the thought processes. First, was he going to get his shot in? Yes. Then, was he set to measure his finish? He was. Then, was his shot going to beat Alisson? It did, just about, carrying on into the net despite a hefty touch by the keeper. Is the London Stadium still disliked by West Ham fans? Perhaps it is. …”
Guardian: Jonathan Wilson
Guardian: Kurt Zouma earns West Ham victory as Liverpool run ends with Alisson errors
West Ham United 3-2 Liverpool – Tactical Analysis – How Moyes’ Men Claimed Victory