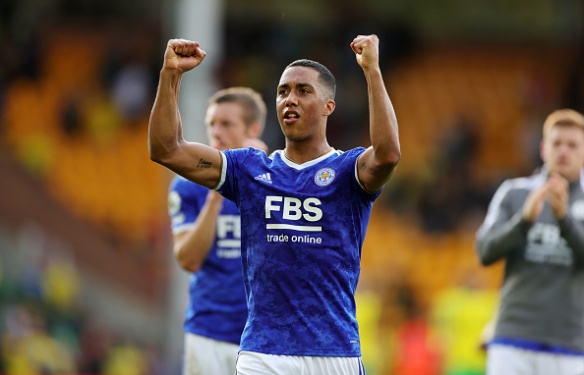 “A run of two wins in nine games in all competitions had led to all sorts of head-scratching, not to mention a few worried mumblings about Brendan Rodgers and whether he might think fifth place, an FA Cup and a Community Shield was as much as he could realistically achieve at the King Power Stadium. Things have looked a little less scary in the Halloween season, though. That emphatic 4-2 win over Manchester United kick-started a run of four consecutive victories (well, three, plus a shoot-out win against Brighton and Hove Albion in the EFL Cup). OK, they conceded eight goals in those four games, but one thing at a time. Ironically, perhaps the biggest concern for Leicester right now is the major positive of their season: the form of Youri Tielemans. …”
The Analyst
W – Youri Tielemans
YouTube: Youri Tielemans’ wonder goal puts Leicester City in front of Brentford