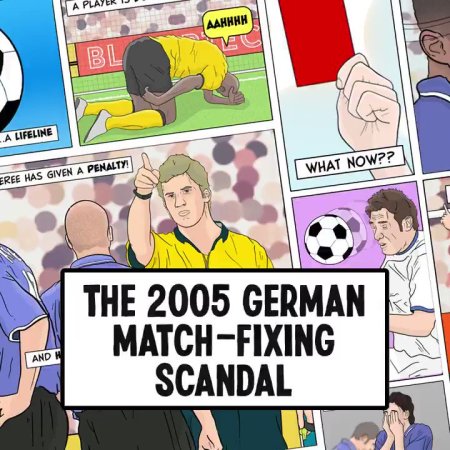 “In early 2005, German football was overshadowed by the discovery of a €2 million match fixing scandal centered on second division referee Robert Hoyzer, who confessed to fixing and betting on matches in the 2. Bundesliga, the DFB-Pokal (German Cup), and the then third division Regionalliga. The scandal has been described as the largest controversy in German football since the Bundesliga scandal of the early 1970s, as numerous players, coaches and officials have been accused of involvement with an organised crime group in the scheme, which came on the eve of Germany playing host to the 2006 World Cup. …”
W – 2005 German football match-fixing scandal
NY Times: Germany Still Consumed by a Scandal (March 2005)
YouTube: The 2005 German Match-Fixing Scandal

This entry was posted on Friday, September 17th, 2021 at 12:15 am and is filed under Germany. You can follow any responses to this entry through the RSS 2.0 feed. You can leave a response, or trackback from your own site.