VAR: Willian ‘dive’, Iheanacho goal – how does the system work? 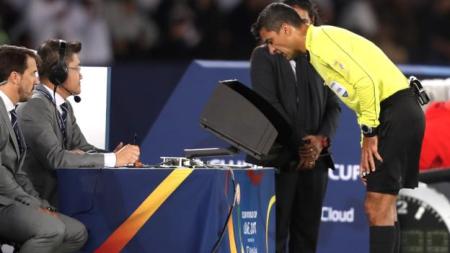 “The video assistant referee (VAR) trial in competitive English football has faced its first major controversy. The decision not to overturn Willian’s yellow card for diving and award a penalty to Chelsea in their FA Cup third-round replay against Norwich on Wednesday, led to Match of the Day pundit Alan Shearer calling the system a ‘shambles’. Just 24 hours earlier, the first VAR goal had been awarded – when Leicester’s Kelechi Iheanacho’s offside strike was overturned 67 seconds after originally being ruled out in their FA Cup win over Fleetwood. Then, the reaction was broadly positive. …” BBC (Video)

“Last season Eden Hazard observed that the main difference between José Mourinho and Antonio Conte was that Mourinho does not practise ‘automisations’. He does not have players practise set moves they can perform almost unconsciously that can be deployed at great pace when the situation demands. He organises his defence and leaves his forwards to improvise. That has been taken by some as evidence that Mourinho is no longer at the forefront of coaching – and perhaps it is – but it is also a detail that explains his entire methodology. …” Guardian – Jonathan Wilson

“… No.26, Kylian Mbappe. Talk about bursting onto the scene: the teenager turned heads across Europe – and became the second-most expensive player in history – with his scintiliating performances in Ligue 1 and beyond. One football stats sage recently declared on Twitter that Kylian Mbappe is ‘the best teenager we’ve seen in the data era’. This is no time for another Proper Football Men vs Analytics Geeks debate – and in this case there’s no need anyway, as it’s a statement with which all parties can surely agree. …” FourFourTwo (Video) 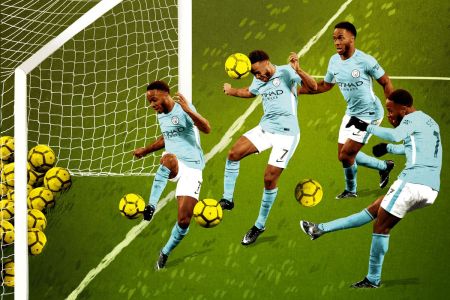 “Raheem Sterling has scored 14 goals in the Premier League this season for Manchester City, putting him right in the thick of the competition’s Golden Boot race, along with the likes of Tottenham’s Harry Kane, Liverpool’s Mohamed Salah, and his teammate, Sergio Aguero. Of the 23-year-old Englishman’s haul, 13 have come inside the box, five of which were inside the 6-yard area. Five goals have come after the 80th minute of a match, helping Pep Guardiola’s side secure vital points on their journey to utter domination in his second season in England. And yet, there is a conundrum about Sterling’s reputation as a goal scorer: A popular opinion persists that he’s, well, just bad at shooting. …” The Ringer (Video)

“When Leicester City won the Premier League two years ago it felt like a watershed moment. In a division where the gulf between the haves and have-nots had never been greater, the 5,000/1 outsiders Leicester had pulled off arguably the greatest ever upset in English football history. …” Telegraph

Can Peter Stöger prove himself to be more than a caretaker at Borussia Dortmund?

“Once upon a time not so long ago, a father took his son down to the Geissbockheim, literally translated as the Billy Goats’ home. It’s the training ground of 1. FC Köln, the Billy Goats who at this particular moment were in the German second division. The son wanted to watch them train but most importantly he was eagerly hunting the autographs of his heroes. …” The Set Pieces