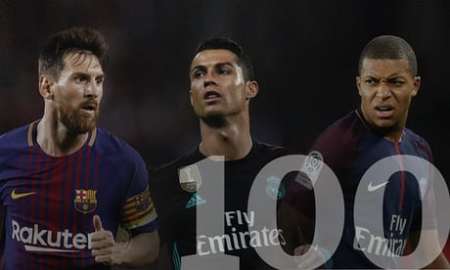 “Our panel of 169 experts from 63 nations compile a list of the greatest male players in 2017. Click on an individual to read more about their year. …” Guardian

“LONDON — Dealing with Russia and its doping program haunted the International Olympic Committee for over a year. Now it’s FIFA’s turn. With the Russia World Cup six months away, leaders of the antidoping movement are criticizing soccer’s governing body over its failure to pursue more aggressively whether Russian authorities covered up positive doping tests belonging to the country’s top soccer players. Travis Tygart, the head of the United States Anti-Doping Agency, said Tuesday that FIFA’s apparent inaction was ‘exasperating.’ Craig Reedie, the president of the World Anti-Doping Agency, said he expected FIFA to pursue any allegations of corruption and act decisively. …” NY Times

“When Alex Ferguson was appointed Billy McNeill’s successor as Aberdeen manager in the summer of 1978, it had been thirteen years since a team outside of the Old Firm were crowned champions of Scotland and the Glasgow giants had already racked up sixty seven league titles between them: their reputation as the country’s preeminent force well established. Given the weight of historical context and the fact the 36-year-old Ferguson had recently suffered the ignominy of being sacked by St. Mirren, casual observers may have expected he would ease himself gently into his new position in the North East. Those who understood the psyche of the Govan-raised firebrand knew better. …” Football Pink

Ronaldinho and the Right-Winger 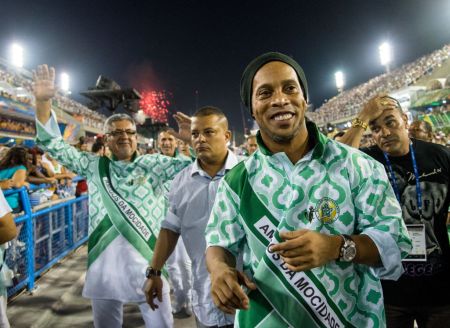 “It would be hard to imagine stranger bedfellows than Ronaldinho and Jair Bolsonaro. Ronaldinho became a global icon in the 2000s, his carefree manner on the pitch belying an enormous talent that made him the best footballer in the world before the emergence of Lionel Messi and Cristiano Ronaldo. He was the son of a dockyard worker who died when he was just eight and grew up in poverty in Porto Alegre. Bolsonaro, by contrast, is the champion of Brazil’s rich — a bombastic far-right politician who has made his career directing insults at women, gay people, and ethnic minorities. …” Jacobin

La Liga At the Break: Valencia, Girona and Atlético

“In just a scant few days the La Liga teams will return from their truncated winter rest. Before we dive head first into the home straight of the season, let’s take a look back at what the first chunk of games has taught us, shall we? This isn’t technically the halfway-point as Spain’s domestic break comes after 17 games rather than 19. Don’t worry though, we’re not about to let that get in the way of a good ol’ rummage through the numbers! …” StatBomb

“Diego Latorre was one of the first Argentinians to be burdened with the “new Maradona” tag. He never came close to living up to those expectations. But he had a reasonable career, including international caps, and he has subsequently gone on to become one of Argentina’s most thoughtful and intelligent pundits. With the South American club season in its high summer pause, attention has turned to Europe, with the recent Real Madrid-Barcelona superclasico and the ongoing activities of Serie A and the Premier League. … World Soccer – Tim Vickery