“It’s been 18 months since I signed for Celtic. During my first season, I impressed with a clean sweep of domestic trophies and qualification to the knockout stages of the European Champions League. At this point, this year’s campaign promises much of the same, and the board, press and fans love me. But things are boiling over in the dressing room, and I’m fast losing the confidence of my players. How did this happen? Six months earlier, star man Tom Rogic turned in a few dodgy performances and was dropped to the bench. Several weeks later he came knocking, unimpressed with his situation. I promised him more first team football, but failed to keep my word. And as one of my most influential players, my untrustworthiness sparked an internal revolt. To make matters worse, the media has now caught wind of our troubles. Introduced to the series this year, Football Manager 2018’s new Dynamics system is its most distinguished feature. …” PC Gamer, W – Football Manager 2018, Football Manager (Video)

“You know the drill by know, using heaps of video and stats I’ve selected the three best teams of the Hinrunde in the 2017\18 Bundesliga. Sven Ulreich was the goalkeeper of the third team, here are his three defenders, coz we’re going hipster 3-3-3-1. …” Bundesliga Fanatic (Video)

“The technical areas were a study in difference. On one side was the pencil thin, shaven-headed figure of Pep Guardiola, arms folded, sleek in his black bomber jacket. In the other were two figures dressed in black but that was the only similarity between them. That football could have produced two such disparate groups, practically separate species, is testament to its infinite richness. …” Guardian – Jonathan Wilson 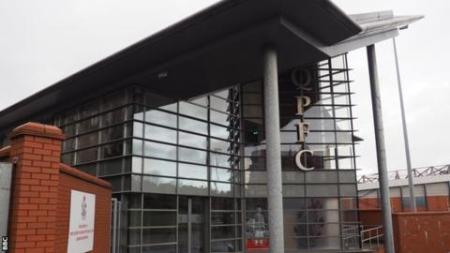 “Sir Alex Ferguson and Scottish FA performance director Malky Mackay – just two of the former players, and well-kent faces, who helped Scotland’s oldest football club celebrate their anniversary. But, as Queen’s Park come to the end of their 150th year, they enter 2018 needing even more influential backing as they face one of the biggest challenges to their own longevity – and that of their famous home, Hampden Park. Scottish football owes its existence to that meeting at 3 Eglinton Terrace, Glasgow, on 9 July 1867, when Queen’s Park’s first president, Mungo Ritchie, used his casting vote to choose their current name instead of The Celts. …” BBC

“… Go back to the summer of 2017 and many wondered if Andrés Iniesta was even first choice anymore. At 33 years of age, it could have been argued that the Spaniard had given all he had but the reality was that a change of system was needed to get the best out of the club captain. Ernesto Valverde deployed him in a position that does not require a large amount of running whilst still allowing him to see plenty of the ball. His importance to the team is once again obvious and while he will continue to pick up injuries, he has missed 40 days through injury this season, the reduced amount of KM covered should lessen his time out and allow him to be ready for the final stages of the season. …” Barca Blaugranes

In a Top-Heavy Premier League, More Teams Rush to the Bunker

“LIVERPOOL, England — There was a moment, a few minutes into the second half, that encapsulated it all. Not just this game and these teams, but what the Premier League has been this season, and what it might become. A Manchester United attack had just broken down, and Everton’s defense had cleared the ball. Phil Jones, United’s central defender, collected the ball deep inside his own half. Oumar Niasse, Everton’s hardworking forward, chased him down. Jones hurried a pass to his teammate Marcos Rojo, whose touch was not entirely clean. The boisterous Goodison Park crowd, scenting weakness, stirred. …” NY Times