Cristiano Ronaldo Is Human After All 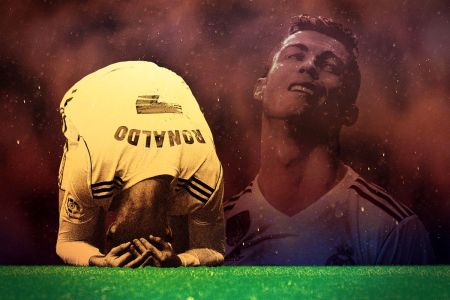 “We’re doing this again, huh? Last summer, Cristiano Ronaldo began to walk toward the exit of the Santiago Bernabéu. He even turned the door handle—only to, and I’m guessing here, realize that, along with the value of the British pound, his scoring rate was about to plummet. Brexit has consequences, and so does trading Marcelo for Ashley Young. Although Spanish authorities dogged him for the (reported) €14.8 million he hid in a shell company in the British Virgin Islands, he eventually came back to Spain after a summer vacation ready to … uh, oh boy. …” The Ringer

Henrikh Mkhitaryan may rediscover the old spark amid Arsenal energy

“One game – or, more accurately, one half‑game – dominates the memory of Henrikh Mkhitaryan’s time at Manchester United. In the league derby at Old Trafford last season, the first meeting in England of José Mourinho and Pep Guardiola, the Armenian looked lost. He was partly responsible for the opening goal because of the way he initially did not press Pablo Zabaleta and then finally went far too late, and he was withdrawn at half-time. He did not play for two months after that. …” Guardian – Jonathan Wilson

“Fluminense against Botafogo is known as ‘the grand-dad classic’. The Rio clash has been played since 1905, making it the oldest of Brazil’s big derby games. The latest instalment was on Saturday – a dreary goalless draw played in the Maracana stadium in front of 7,126 paying customers – a figure boosted by curious tourists. But this, officially, is not pre-season. This game took place in the second round of the Rio State Championships, which drags out until mid May before being instantly forgotten, giving way to the national league.” World Soccer – Tim Vickery

The Current State of Football Podcasting

“On collecting the gong for best podcast at the recent Football Supporters Federation awards on behalf of The Guardian newspaper’s Football Weekly, Jonathan Wilson, founder of The Blizzard and author of numerous books including his history of football tactics, Inverting the Pyramid was seen to tweet: Podcast of the Year at the FSF Awards goes to Football Weekly. Nice to win, better to beat Judas FM. …” The Two Unfortunates