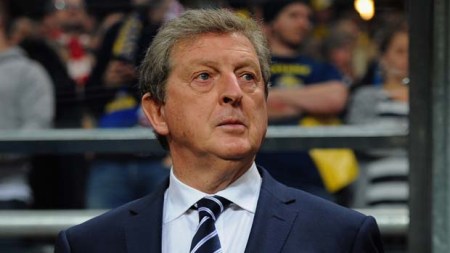 “It seemed inevitable that when Roy Hodgson had to choose between John Terry and Rio Ferdinand last year, the manager would eventually end up with neither. Whatever your views of Terry’s international retirement, or Ferdinand’s decision to turn down his call-up this week, citing an ‘intricate pre-planned programme,’ this is typical England. When forced to choose between two options, England always gets the worst of both worlds.” ESPN – Michael Cox (Video)

“The first round of UEFA World Cup qualifying is nearing its halfway point with 53 nations vying for 13 spots at Brazil 2014. The nine group winners will qualify, plus four of the group runners-up after two-legged playoffs in November. Here’s the rundown as qualifying continues, starting with matches Friday …” SI

“Nothing in football is ever entirely definitive but, if there was any doubt that Ivory Coast’s golden generation came to an end in Rustenburg in February during the Africa Cup of Nations, it was removed by the omission of Didier Drogba from the squad to face Gambia on Saturday. Ninety-six games and 60 goals after he made his debut against South Africa in 2002 Drogba will not even be part of the squad, although whether he has been dropped or asked to be left out remains unclear.” Guardian – Jonathan Wilson

“On the last Saturday in January, with most of Israel shut down for Shabbat, Beitar Jerusalem FC — the only soccer team in the Israeli Premier League to have never signed an Arab player — announced that it had picked up two Muslim players from Chechnya: Dzhabrail Kadiyev, 19, and Zaur Sadayev, 23. The first response from fans was nonviolent but brutal: At the team’s next match, members of Beitar’s proudly racist ultras group La Familia unfurled a giant yellow banner in Teddy Stadium’s Eastern grandstand. It read, in a surreal echo of Nazi terminology: ‘Beitar Will Be Pure Forever.’ The next response was arson.” Grantland

Is Thiago Alcântara the bridge to FC Barcelona’s future?

“Catenaccio, Samba, Tiki Taka – Italy, Brazil and Spain have as deep-rooted an influence on the game as any nation. They’ve lit up world stages, produced some of the finest players and imprinted themselves on the Annals of football history. They’ve amassed a colossal ten World Cup triumphs between them. Imagine a player with the characteristics from this trio of football’s supremacy. Italian born, Brazilian parentage, Spanish bred. Thiago Alcântara seems like a beast set unto us, conveyed from the fires of Mordor with the heat of the Spanish blood coursing through him. I may be getting slightly carried away.” Think Football

“Put simply, In Bed with Maradona has defined football blogging in recent years. Founded in 2010, the site isn’t the longest lived on the scene, but it rivals the Frick Collection itself in its sheer eclecticism. Acting as a welcoming platform to a host of impressive writers as well as the occasional mediocre one, the good humoured openness of Jeff Livingstone and his team has provided a rallying point for those interested in the less travelled byways of the game, while a thin layer of streetwise cool has prevented the site from sliding full scale into geekdom.” thetwounfortunates

Football vividly captured, illustrated and written in gold.
“In Bed With Maradona (IBWM), is certainly not your average football site, nor are they only obsessed about ‘El Pibe’ or the Brazilian midfield maestro Sócrates. They’re leaders in a growing direction of a football writing that transcends time, which we often like to call ‘philosofooty’. IBWM explores the cultural heart of the game, extracting stories that are unlikely to be found anywhere else.” A Football Report

The First Two Years Jeff Livingstone
“Growing up in North East England in the late 1970s and early ‘80s, football was a trip to St James’ Park to see my local team, Newcastle United. While it was cheap for my dad to take me, the standard of football in the old English Second Division wasn’t the greatest. Uninspiring? Maybe, but it didn’t matter.” Ockley Books