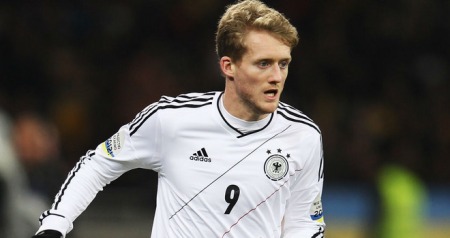 “André Schürrle is a German footballer who currently plays for German Bundesliga club Bayer Leverkusen. Schurrle can either play as a Left Forward, Centre Attacking Midfielder, or Centre Forward. This season he mostly appeared as a left forward to Leverkusen’s Stefan Kiessling.” Outside of the Boot

Dean-Richards: Wayne Rooney can get over being called a failure

“Frank McParland is a Liverpool man through and through. In fact, let’s widen the lens. Frank McParland is a football man through and through. A student of the game who has been involved with football at all levels from youth coach to team analyst to scout, team manager and now Academy Director of Liverpool Football Club, his passion for the sport shines brighter than the sun on the clear, mild winter’s day when I sat down to interview him in Qatar, where Liverpool’s under-18 team were taking part in the Al Kass International Cup.” Just Football

“There seems to be a shifting of power in England’s capital city. With the ‘Lilywhites’ of North London rising high in the league and competing with London’s more dominating duo of Arsenal and Chelsea. Spurs faced their fierce rivals Arsenal on Sunday night. The game finished Tottenham Hotspur 2-1 Arsenal, a result which saw the home side leapfrog the Blues of London and extend their lead over the Gunners. The game strengthened Tottenham’s push for a Champions League spot and possibly 2nd as well (they are 2 points behind City who have a game in had). The win would particularly please young manager Andre Villas Boas who has won over the Spurs fan, and seen his side move above a club who only a year back had sacked him for a poor run of results. The game also highlighted Arsenal’s dip in form in the past few seasons with a push for a Champions League spot their only aim for the end of the season.” Outside of the Boot