Will Wenger survive the loss of Fabregas?

Jan Massys, Visit to the Tax Collector, 1539
“Even the most optimistic Arsenal fans – the ones with Denilson on their replica shirts – must have known Cesc Fabregas would go to Barcelona this summer. Better this time, in fact, then have to go through it all yet again next year. But still the fee had to be fair. That was important. It didn’t have to be as much as Ronaldo – but it should have been more than Andy Carroll.” WSC

Barca made to wait over Cesc
“Barcelona goalkeeper Victor Valdes has revealed that talks are ‘very advanced’ for Arsenal midfielder Cesc Fabregas but the Spanish champions will be forced to wait to clinch his signature.” ESPN

“Argentina recently unveiled its fifth manager of the main national squad in as many years. Alejandro Sabella, aka Pachorra — a colloquial expression denoting a mellow laid-backness — is perhaps the most low-profile among the handful of names who have attempted the challenge of returning the once great soccer nation to its former glory.” SI 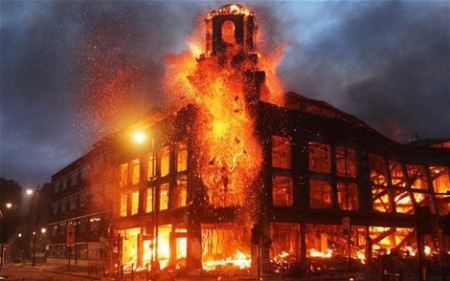 Peter Oborne: “David Cameron, Ed Miliband and the entire British political class came together yesterday to denounce the rioters. They were of course right to say that the actions of these looters, arsonists and muggers were abhorrent and criminal, and that the police should be given more support.” Telegraph

“Germany claimed an impressive 3-2 scalp of Brazil in Wednesday night’s international friendly in Stuttgart. The impressive Bastian Schweinsteiger opened the scoring from the penalty spot for Germany before Mario Gotze doubled their lead, capping off a fine attacking move. Robinho reduced the deficit on 72 minutes, slotting home a spot-kick, but Andre Schurrle restored Germany’s two-goal advantage as he lashed into the top corner before Neymar scored a curled consolation.” ESPN

“You could always guarantee entertainment at St James’ Park under Kevin Keegan. The goals may not have always been at the away team’s end, but it made for an engaging afternoon nonetheless. The drama, the joy, the heartache; it was all condensed into ninety minutes every week, and it made Newcastle one of the most appealing aspects of English football in the 1990’s.” The Equaliser

1990s Month: Denmark’s European Adventure
“Danish coach Richard Moller Nielsen was on the brink of the sack following Denmark’s failed attempt at qualification for the European Championships in 1992. Nielsen had become sick of seeing his Danish side play beautiful football but lack positive results. He tried implementing his unique managerial approach with the team, but it resulted in one of their most vaunted players – Michael Laudrup – quitting the international game in protest at Nielsen’s playing style. What Nielsen, his squad, and the media didn’t know at the time was that it was an event which would turn out to be for the greater good.” The Equaliser

“Three quick thoughts following the U.S.’s 1-1 tie against Mexico in a friendly on Wednesday night …” SI