David Villa
“One of the notable features from the second leg of the Spanish Supercopa was the positioning of Ricardo Carvalho, and his response to Lionel Messi’s movement into deep, slightly right-sided positions. Messi tore Real apart in the 5-0 win last season, despite it being a rare occasion where he didn’t end up on the scoresheet. Real tried to play high up the pitch, but Messi played so deep that Jose Mourinho didn’t know how to deal with him – the two centre-backs stayed in position, but holding a high line. Therefore, Messi could receive the ball in space, turn, then send a ball through to one of the wide forwards coming inside. His two assists for David Villa’s goals were perfect, displaying exactly why Pep Guardiola wants to play Messi in that role.” Zonal Marking

Cesc Fábregas starts with a night to remember at Barcelona
“Cesc Fábregas’s first big night out since returning to his home town ended in a fight but it also ended in celebration. The former Arsenal captain has collected his first trophy as a Barcelona player, just two days after joining the club. It was 1am when he was parading round the Camp Nou pitch with new team-mates and old friends carrying the Spanish Super Cup, snatched from Real Madrid’s grasp in dramatic fashion. At last the clásicos were something approaching a classic – some way from the four games in 18 days that these teams played last season.” Guardian

José Mourinho describes Barcelona as ‘a small team’ in post-match rant
“Real Madrid’s manager, José Mourinho, has continued his verbal attack on Barcelona, labelling the European champions “a small team” after Wednesday night’s Supercopa second-leg defeat at Camp Nou. Another fantastic spectacle between the two Spanish sides was again overshadowed by the antics of Mourinho, who thrust a finger in the eye of Barça’s assistant coach, Tito Vilanova, in a melee in the closing stages.” Guardian – (Video)

José Mourinho turned to violence against Barça to mask his own failure
“Barcelona’s vision has been a problem for José Mourinho ever since he took the Real Madrid job, so gouging the eye of a Barça coach in the latest melee between the two clubs was a Shakespearian act of desperation by a manager now working outside the laws and spirit of the game.” Guardian

“One of my favourite pieces of football writing is by the splendid Argentine coach Angel Cappa, a romantic of the old school, reflecting on his good fortune at being in Spain to watch Brazil’s midfield in the 1982 World Cup.” BBC – Tim Vickery

Romanov’s Battle For Hearts And Minds 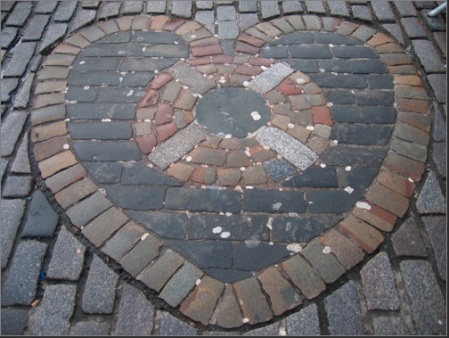 “Oscar Wilde, the famous Irish playwright, was not known for his love of sport, but his warning “to expect the unexpected” could certainly apply to the world of football, not least at Heart of Midlothian, where the colourful owner Vladimir Romanov continues to resist the path of predictability. Just two games into the Scottish Premier League (SPL), the volatile Lithuanian decided to sack the club’s manager Jim Jefferies, replacing him with the former Sporting Lisbon manager Paulo Sérgio. The popular Jefferies was in his second spell as Hearts manager after a ten-year absence, retaining much goodwill for delivering the Scottish Cup in 1998, ending 36 years without a trophy.” Swiss Ramble

“Udinese constantly threatened on the counter-attack but failed to beat Wojciech Szczesny. Arsene Wenger brought in Theo Walcott and Maroune Chamakh for Andrei Arshavin and the suspended Robin van Persie. Francesco Guidolin ditched last season’s 3-5-1-1 for a more conventional 4-1-4-1 shape, with plenty of midfield runners trying to link up with Antonio Di Natale. This was open and exciting, yet tense and nervous at the same time. It would have been interesting to see Udinese really go for it in the second half, but with the comfort of a second leg back in Udine, they never really committed enough men forward to overload Arsenal at the back.” Zonal Marking

“You can tell the season is about to start when it might not be about to start after all. With barely a fortnight to go, the Spanish players’ union called a strike over more than €50m of unpaid wages and on Wednesday morning another meeting between the league and the players’ union, the AFE, broke down. According to the AFE president José Luis Rubiales, in the last two years alone 200 players have been affected by salaries that have gone unpaid. So, here we are: three days to go and there’s no football.” Guardian