Manuel Rui Costa
“The decade started with the most attacking, open tournament in modern football, at Euro 2000. The four semi-finalists all played ‘classic’ Number 10s in the hole between the opposition defence and midfield. France, Italy, Portugal and Holland had Zinedine Zidane, Francesco Totti, Manuel Rui Costa and Dennis Bergkamp respectively – it almost seemed essential to have a player in this mould to be successful – helped by trequartista-less England and Germany’s early exits.” (Zonal Marking)

I Had Not Thought Death Had Undone So Many

“I’ve just been groping through piles of statistics and have come across a thoroughly melancholy fact, namely that there are no survivors of England’s pre-War internationals. The earliest international match for which we have a living English representative is Northern Ireland v England on 28th September 1946: Sir Tom Finney (b. 5th April 1922) scored on his war-delayed debut.” (More Than Mind Games)

Stranger than Fiction: Maradona and Messi

“This is the age of permanent record, and as such there is now a growing desire for the sort of personalities that will somehow lift the banal stream of day-to-day news roundups into capital H ‘History.’ It is a yearning for the age of “Great Men”. You can see it as pundits react to President Obama signing an inadequate health bill through the House of Congress the other day.” (A More Splendid Life) 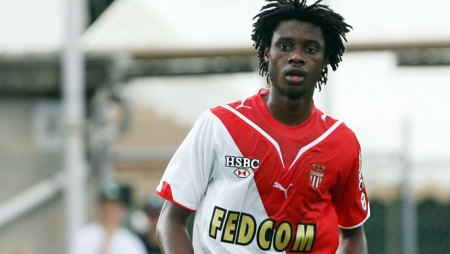 Nicolas N’Koulou
“‘When Sochaux’s Martin, Ideye and Maurice-Belay found themselves in a three-on-one against Nkoulou with a match-winning 4-2 goal at their feet right at the end of the game, the goose looked well and truly cooked for Monaco,’ wrote L’Equipe’s Jean-Pierre Rivais in his match report on Monaco’s Coupe de France quarter-final with Sochaux on Wednesday. ‘But the young Cameroonian somehow recovered the ball and, at the end of Monaco’s counter-attack, Pino popped up at the right moment to beat Richert and make it 3-3…’ ” (Football Further)

“Click to enlarge, and debate the strip below the line. Keith Hackett’s official answers appear in Sunday’s Observer and here from Monday.” (Guardian – Paul Trevillion)

The Champions League Quarter Finals – A look ahead.

“As we’re about to seamlessly pass into another Champions League week, what better time is there to look ahead to the mouth watering quarter final ties ahead? Well, slightly later in the week perhaps, or even actually in said week as opposed to just before it maybe, but sod it I’m gonna do it anyway and I’ll be damned if such a trivial thing will stop me. So without further ado…” (Football Fan Cast)