Fernando Torres and Wayne Rooney set to turn on the magic

Philips Wouwerman, Cavalry Battle in front of a Burning Mill
“Torres sat enthralled as this footballing Fab Four enthused about Liverpool’s great history, about the philosophy behind the Kop’s chant of “attack, attack, attack” and rivalry with foe such as Sunday’s opposition, Manchester United. As they left the restaurant, Torres murmured his appreciation to these charismatic club ambassadors for giving him such an insight into such a special club.” (Telegraph – Henry Winter)

Park Ji-sung gives Manchester United the edge over Liverpool
“The game embodied all tensions of this year’s contest for the Premier League, with Manchester United coming from behind to end a bad recent record against Liverpool with a winner from Park ji-sung. The reigning champions, who now lead the League, will feel relieved that the substitute Yossi Benayoun merely headed into the hands of the United goalkeeper Edwin van der Sar in the 90th minute.” (Guardian)

Fernando Torres reduced to pouting isolation by United’s defence
“In the end, Manchester United won because they passed the ball with more authority and provided greater support for Wayne Rooney in attacking positions than Liverpool did for Fernando Torres. There were parts of this game when Torres looked as though he would terrorise Old Trafford single-handedly but he was an isolated, pouting and aggravated figure for most of the second half, muttering under his breath and making those little hand gestures that Iberian footballers are so fond of.” (Guardian)

United beat Liverpool to go back to the top
“Manchester United came from behind to clamber back to the Premier League summit, trampling on Liverpool’s top-four hopes in the process. Park Ji-sung headed home the winner after an hour, securing the spoils after Wayne Rooney’s 33rd goal of the season had controversially levelled Fernando Torres’ fifth-minute opener.” (Independent)

“Barely two months ago, Michael Kempter was considered as the up-and-coming referee in German football, having progressed from Bundesliga to FIFA level at the age of only 27. Today, it is highly unlikely that he will ever be in charge of a professional match again. Manfred Amarell’s career as refeereing supervisor has fallen to pieces, too, and the most intimate details of his private life are currently the subject of public discussion.” (WSC)

Barcelona & the Spanish Art of War: the Siege 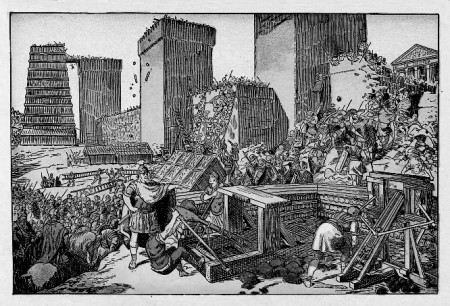 “So I realized that in my two years of blogging, I have made a huge mistake – I have somehow avoided the trite comparisons of sport/war and sport/chess. Well, I did touch on weapons in an ages old MLS power ranking, but this simile, like a virgin forest in Alaska, is ripe for a plundering. I also have seen some eery similarities between ancient military tactics and the current state of La Liga. I promise this is not just a rehash of my Argentina piece at Run of Play, but that is a nice intro.” (futfanatico)

“Amid the hullabaloo surrounding Jose Mourinho’s return to Chelsea on Tuesday, there was one player at Stamford Bridge who also has claims to be a ‘special one’. The moment may have gone unnoticed in London but not in Nairobi where McDonald Mariga’s mum was blowing, yes, a vuvuzela as her son became the first Kenya – and the first East African – to play in the Champions League.” (BBC) 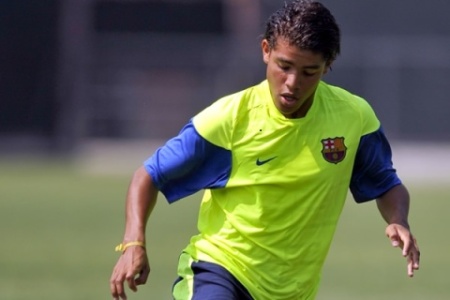 Jonathan dos Santos
“Fraternal similitude is a difficult thing to predict in football. For every pair of brothers like Kolo and Yaya Touré or Gabriel and Diego Milito playing at the very highest level, there’s a John and Paul Terry (currently at Rushden and Diamonds) or a Ryan and Rhodri Giggs (last seen playing for Bacup Borough in the North West Counties Football League Premier Division).” (Football Further)

“Babel lofted the clearance from deep inside Liverpool’s half. The ball somehow latched on to Torres’ homing beacon. The defender let it bounce. Torres ate it up like a starved Bengal tiger. He kept the other defender just at bay, picked his moment and flicked the ball over the sliding keeper. The ball went softly into the net. Liverpool were up 2-0.” (EPL Talk)