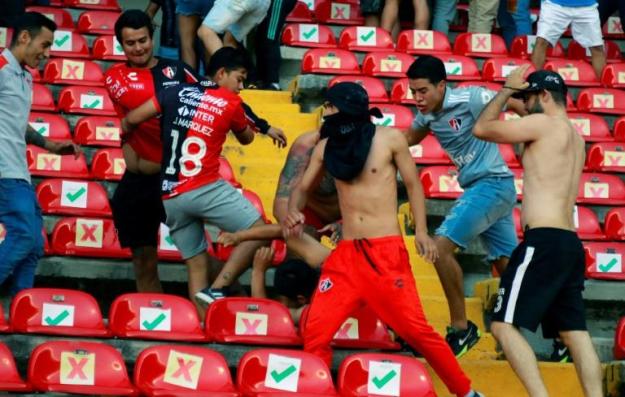 The match between Queretaro and Atlas was in its 63rd minute when fights between opposing fans broke out
“At least 26 people were injured, including three critically, on Saturday when fans brawled during a football game in central Mexico. The Liga MX match between the hosts Queretaro and Atlas from Guadalajara was suspended in the 62nd minute when fights broke out in the stands. Security personnel opened the gates to the field so that fans, including women and children, could escape the stands. …”
Guardian
Dozens injured as fans clash at Mexico football match