Africa Cup of Nations: Which Premier League players are going? 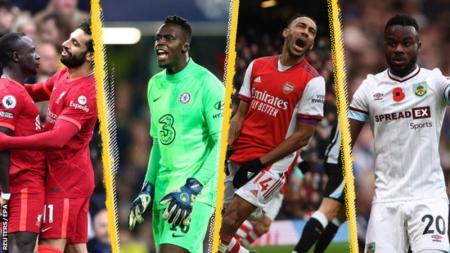 Sadio Mane, Mohamed Salah, Edouard Mendy, Pierre-Emerick Aubameyang, Maxwel Cornet and more will be gone for several weeks
“The Africa Cup of Nations begins next month, with over 30 Premier League players set to miss several weeks of the season as they head to Cameroon. Arsenal, Leicester City and Watford are each set to lose a league-high four players. Liverpool will lose three – including forwards Mohamed Salah and Sadio Mane – as will Crystal Palace. Chelsea are going to be without keeper Edouard Mendy, who could miss the Fifa Club World Cup and league games against Liverpool, Manchester City and Tottenham, among others. …”
BBC

This entry was posted on Monday, January 3rd, 2022 at 1:13 am and is filed under African Nations Cup, Arsenal, Egypt, FC Liverpool, FIFA, Ghana, Manchester City, Morocco, Nigeria, South Africa. You can follow any responses to this entry through the RSS 2.0 feed. You can leave a response, or trackback from your own site.