FSG and the culture wars at Liverpool 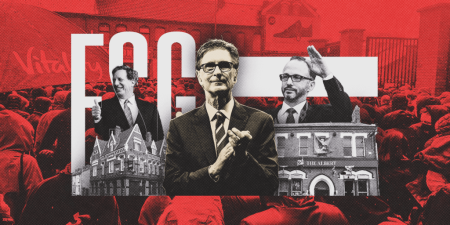 “The smell of ale usually hits you as the doors of the Twelfth Man on Walton Breck Road swing open but not on this Saturday afternoon. It is 50 minutes before the Premier League game between Liverpool and Crystal Palace and the pub is half-empty. On the walk up to Anfield from the direction of the Mersey river, pints have already been sunken at the Saddle Inn on Fountains Road and it was quiet there as well. Closer to the ground, any bar is normally two or three deep. Yet last month, you could walk into the Twelfth Man and get served more or less straight away. …”
The Athletic (Video/Audio)
Guardian – ‘It’s the package’: how Liverpool’s rhythm got the goals flowing again
Guardian – Liverpool v Manchester City: great games in the Klopp-Guardiola era
Guardian – A striker isn’t everything, but might solve Pep Guardiola’s all-or-nothing problem (Jonathan Wilson)
Pep Guardiola record vs Liverpool is a myth, and Man City boss’ own comments prove it
W – John W. Henry
******Guardian: Manchester City make spitting complaint after thrilling Liverpool draw 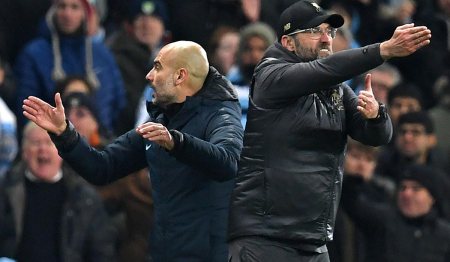 This entry was posted on Sunday, October 3rd, 2021 at 12:18 am and is filed under European Super League, FC Liverpool, Jonathan Wilson, Manchester City. You can follow any responses to this entry through the RSS 2.0 feed. You can leave a response, or trackback from your own site.