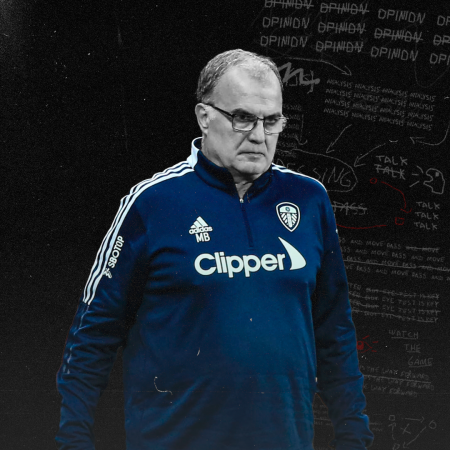 “Since returning to the Premier League after a 16-year absence, Leeds United have become one of the most entertaining teams to watch in Europe, and whilst they have struggled early on with three points from their first six games, they were able to get their first win of the season as an early Diego Llorente goal saw them pick up three points against Watford. Leeds’ devotion to Marcelo Bielsa’s buccaneering style of attacking football has been a great spectacle to watch — a great respite from the dark ages of the past two decades at Elland Road. In this article, I will analyse the tactics which have built Leeds’ free-flowing footballing style, and also the problems which come with it. I will do this by looking at Leeds both in possession and out of possession, beginning with an analysis of their ideas off the ball. …”
Breaking The Lines
W – Marcelo_Bielsa

This entry was posted on Sunday, October 3rd, 2021 at 11:15 pm and is filed under Argentina, Football Manager. You can follow any responses to this entry through the RSS 2.0 feed. You can leave a response, or trackback from your own site.