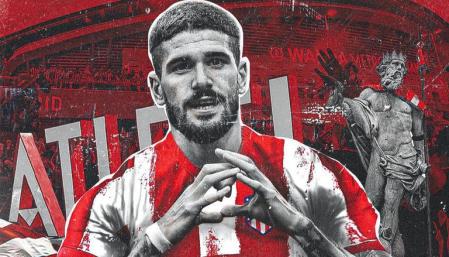 “Rodrigo de Paul cost Atlético Madrid a fee of £30m when they tempted him back to Spain from Udinese with the offer of a five-year contract and the opportunity to work under fellow Argentinian Diego Simeone. Like Simeone once was, De Paul is established in midfield for Argentina, and has experience of playing for some of Italy’s and – in Valencia – Spain’s biggest clubs. Aged 27 when he moved in July 2021, he is, typically for one of Simeone’s signings, a player in his prime. ‘I’ll enjoy being under his command because I grew up watching him play with Argentina’s national team,’ said De Paul, an influential figure in the team that won the 2021 Copa America. …”
Coaches Voice (Video)
How Rodrigo de Paul Will Fit Into Atlético Madrid
W – Rodrigo de Paul

This entry was posted on Sunday, August 8th, 2021 at 7:46 pm and is filed under Football Manager, Italy. You can follow any responses to this entry through the RSS 2.0 feed. You can leave a response, or trackback from your own site.