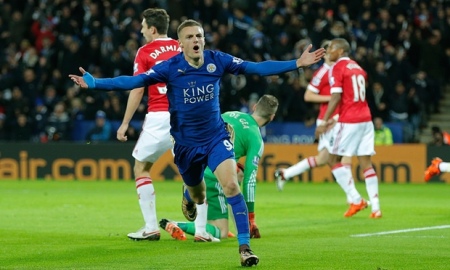 “It may simply be that this season is a freak. Leicester have 47 points after 23 games; not since 2002-03 have the leaders had fewer than 50 points at this stage. If teams keep winning points at the same rate as they have up till now, they will end up with 78, the lowest tally to win the title since Manchester United did it with 75 in 1996-97 when they effectively had the league sown up by the beginning of May and drew three games on the run-in, still finishing seven clear of Newcastle United in second.” Guardian – Jonathan Wilson

“In the return of the Bundesliga, Tuchel´s BVB gave dealt a severe blow to Borussia Mönchengladbach beating them as they did in the first round of the league, when they won 4-0. Although in this case the tactics and the circumstances were very different from that encounter.” Outside of the Boot

Fans’ Patience With Louis van Gaal at a Nadir

“By any measure, Manchester United is one of the four biggest soccer clubs in the world. Its wealth, tradition, stadium and future earning potential are all up there with Real Madrid, Barcelona and Bayern Munich. But on the field, United is massively underachieving. Its team is out of the Champions League and drifting out of contention in the Premier League, where Leicester City, a low-budget club, still leads the standings with more than half the season gone. Bravo to Leicester, and shame on United.” NY Times 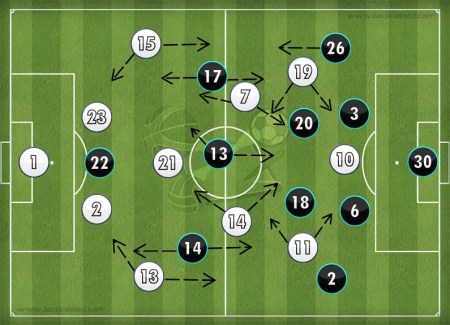 “Billed in France as the “Olimpico” a meeting between Ligue 1’s best-supported team and its most successful over the last fifteen years would normally be a top-of-the-table clash. However, Sunday’s encounter between Marseille and Lyon was anything but. At the start of play, (and at the end of it) both teams were firmly ensconced in undistinguished seasons that, through a combination of injury and flawed transfer policies, had seen them fail to reach the heights that saw each spend long stretches of last season in first place. Both had already changed managers since the start of the campaign, and failed to impress either domestically or in Europe, even if Marseille had advanced from a weak group in the Europa League.” Outside of the Boot

“LE HAVRE, France — In the conference room of a smart hotel in the center of this port city, four Frenchmen were talking loudly over one another and gesticulating toward a flip chart in front of a row of empty chairs. Bob Bradley, the recently appointed coach of the city’s second-tier soccer team, Havre A.C. — more commonly known as Le HAC — sat nearby. Bradley was awaiting the arrival of his players for a team meeting before that evening’s league match against Paris F.C., the French capital’s second team. As the voices of his four assistant coaches rose, Bradley drew half a soccer field onto the flip chart — free hand, but with perfectly straight lines — before writing the names and numbers of his players and their possible opponents in different colored pens. He quietly checked the names and spellings with a translator.” NY Times

“Bilbao’s quest for the all important 4th spot had hit a brick wall over the past couple of weeks. While they suffered defeats to Sevilla and champions Barcelona, their opponents on the day – Eibar had impressively leapfrogged them and mounting their own charge for the final Champions league spot. Despite being relegated the last time they were in this division, Eibar have been impressive this season. Solid would be the more appropriate word. Borja Baston, the young striker on loan from Atletico has 14 Liga goals just two short of Cristiano Ronaldo while Escalante and Dani Garcia have formed a solid midfield base. Playing a 4-4-2 more often than not (due to the form of Borja Baston), they have excelled against similar opposition but struggled against top quality sides. Against Bilbao it proved no different.” Outside of the Boot

Technology in Football: Should a change be made?

“With another weekend of controversy surrounding refereeing performances, certain decisions made, mistakes by linesmen, mistakes that change a game, the question of what should be done about this lingers. More importantly the question of ‘Should a change be made?’ Now mistakes are part and parcel in football. Players, managers, officials, they all make mistakes regularly. But in this day and age, where the technology is available to aid officials, that question is always going to be raised. You only have to pick up a newspaper where it will show what the Premier League table would look like if you corrected officials’ mistakes.” Outside of the Boot