The Question: what is attacking football? 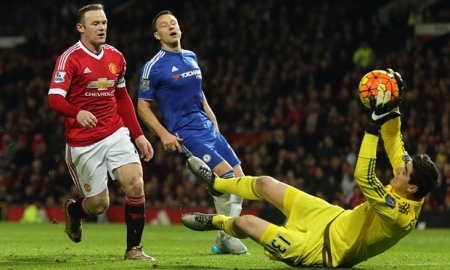 “After Manchester United’s goalless draw with West Ham in December, Louis van Gaal professed himself baffled by the Old Trafford crowd’s demands for his side to be more attacking. ‘I don’t understand that they are shouting ‘attack, attack’ because we are the attacking team and not West Ham United,’ he said. In doing so, he raised a question that seems fundamental to football and yet is surprisingly hard to answer: what is attacking?” Guardian – Jonathan Wilson

A Soccer Team, Its Foreign Owner and Local Discontent

“A new Chinese owner arrived at the Dutch soccer club ADO Den Haag in early 2014, promising multimillion-dollar investments and better days ahead. Fans of the club liked the sound of that. Yes, the money to buy the team arrived a few months late, but it did arrive in the end, along with firm deadlines for further investments and a handful of new signings. Even if the most ardent fans were wary of the new owner’s intentions, they held their tongues. ADO, a 110-year-old club, has not won the top Dutch league, now known as the Eredivisie, since the end of World War II. But the new owner, a wealthy businessman named Wang Hui, promised to turn the team into a powerhouse — one that could challenge the likes of Ajax, P.S.V. Eindhoven and Feyenoord, clubs that have long dominated Dutch soccer, and play well enough to qualify for top European competitions like the Champions League.” NY Times

The Argument: In 2016, Football is as Political as Ever

“‘Write a piece about something that is bugging you’ about the game. Blimey, where do you start? Footballs on plinths, rampant corruption, automatic bookings for taking your shirt off, the pointlessness of football phone-ins, York City in the mire of sub-mediocrity? The choice is endless and picking just one thing out is a thankless task. And yet… The notion that football and politics do not mix is absurd. Not just football, to be fair, but sport generally. And it’s a trope that comes around with alarming regularity. It needs to be stopped. There’s little in life that isn’t political, and football cannot escape.” thetwounfortunates

The Bundesliga at the Break: Bayern and Dortmund

“As the Pep era comes to a close and the Tuchel era dawns, it looks like business as usual in the Bundesliga. Bayern are 8 points ahead of Dortmund while BVB have a a comfortable 6 point edge on Hertha in 3rd. Bayern have pretty much wrapped up the title barring a shock but Dortmund’s improvements have seen them establish themselves as a legit rival if Bayern drop from their otherwordly level just a bit. Title races in the future have the potential to be something special, but let’s not get ahead of ourselves. Today we look at the teams as they have performed so far this season and some questions for the second half of the year.” Stats Bomb 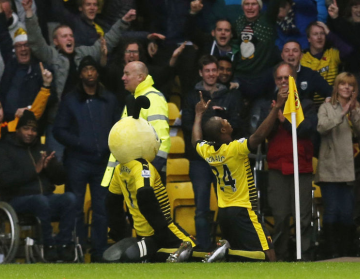 “There’s been something of a lower class uprising in the Premier League over the last 9-12 months. Leicester were left for dead last season yet here they are lurking around first place despite most analysts saying they shouldn’t be there and won’t stay there (in fairness, they shouldn’t but that’s already been discussed). Bournemouth have remarkably remained a positive shot differential team this season despite a litany of injuries to their attacking core (with expected goal numbers not painting Bournemouth quite as highly, locations have hurt them), and have Crystal Palace somehow found a formula of making the shots that hit the target incredibly valuable? (Well, no they haven’t but the divergence between TSR/ xG formulas that count all shots versus SoTR/xG models that count only SoT is fascinating).” Stats Bomb

“Everton and Tottenham Hotspur played out a fascinating 1-1 draw at Goodison Park, a result which helped neither team’s cause. Everton were left stranded on 11th, while Spurs failed to maintain a positive push for the title as rivals Manchester City and Arsenal won their respective games.” Outside of the Boot

Time To Give Up On Klopp?

“With no magic wand, why are we even bothering with Jürgen Klopp? Wasn’t he supposed to have fixed everything by now? What’s he waiting for? As I saw on the BBC website, some Liverpool fans are saying that the football is even worse than under Brendan Rodgers; indeed, someone said it to me on Twitter. Clearly Klopp has overstayed his welcome, and wasted too much money on players. He’s had long enough to sort this all out. He’s been found out. Or something.” Tomkins Times

“When the Football League’s longest unbeaten run from the start of the season came to an end, it at least did so with a degree of finality. Being the last unbeaten club in the upper echelons of the English league system had, in all honesty, become something of a millstone around the neck of Brighton & Hove Albion. After last season’s closer than expected or wanted brush with the possibility of relegation back to League One, a year of mid-table security might have been enough for the club, but from the start of the season Chris Hughton’s team had been grinding out results week after week, seldom looking likely to set the world alight, but being consistently difficult to beat.” twohundredpercent