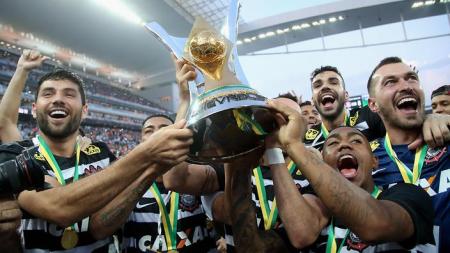 “At the end of the First World War there was a new hit tune in the United States, one that made reference to the experiences that US servicemen were having on the other side of the Atlantic. The title – ‘How can you keep ‘em down on the farm, now that they’ve seen Paree?’ It is a song with relevance to modern football. Because in today’s globalized world, footballers from the four corners of the globe have all seen ‘Paree’ – meaning, in this case, the likes of Barcelona, Real Madrid, Bayern Munich and (why not?) Paris Saint Germain. It is where they all want to be. And so it has become impossible to keep them at home.” The World Game – Tim Vickery

This entry was posted on Monday, January 4th, 2016 at 12:13 am and is filed under Argentina, Brazil, Tim Vickery. You can follow any responses to this entry through the RSS 2.0 feed. You can leave a response, or trackback from your own site.