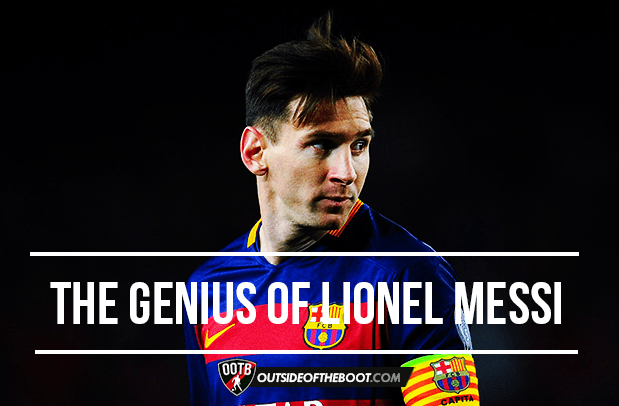 “The 2014/15 season was one with many fine performances, some examples worth mentioning are: Juventus, Sampaoli’s Chile who won the Copa America for the first time ever and of course the ’tripleta’ season of FC Barcelona. If there is someone to praise except the fantastic attacking-trio of Barcelona, it is coach Luis Enrique. He has fine-tuned the system of Barcelona, especially the way the midfielders now work in order to open up space for the talented strikers to work in, compared to Guardiola’s system, where the wingers were much more wing-oriented, which was even mentioned by Thierry Henry here.” Outside of the Boot

“In his sparsely decorated corner office overlooking the field at Estadio Monumental, Juan Alfredo Cuentas sought to explain the power of the brand he has inherited as Barcelona Sporting Club’s new vice president for finance. Outside, the once-manicured grass lay vacant for the off-season, slowly spoiling in the January heat. … For most soccer fans around the globe, the name Barcelona is synonymous with the likes of Lionel Messi, Neymar and Luis Suárez; huge financial resources; and Champions League triumphs that have often made Spain the king of the sport. But in Ecuador, the name Barcelona is usually associated with the 90-year-old soccer club founded here in Guayaquil, the country’s largest city. The two teams are very different, of course, but in at least a few ways they are alike.” NY Times

“Neither manager made any selection surprises. Van Gaal fielded an unchanged starting XI, the only tweak being that Martial and Lingard swapped places down the flanks with the former now on the left and the latter back to the right (against Newcastle it was the other way around). Klopp made one change to his line up but it was hugely influential, as it brought about several other changes to how Liverpool played. With Lucas coming in for Ibe from the previous striker-less 4-2-3-1 formation, the Reds were now in a striker-less 4-1-2-3; instead of having both the wide men high and narrow, here Lallana and Milner were deeper and narrower.” Tomkins Times

“The good news for Chelsea is that they are unbeaten since Guus Hiddink replaced José Mourinho as manager in December. The bad news is that 10 points from six league games is probably not a start that is going to close the gap on the top four – which stands at 14 points. The FA Cup remains a possibility but, unless Chelsea somehow win the Champions League, a change of manager alone will not have been enough to salvage the season.” Guardian – Jonathan Wilson 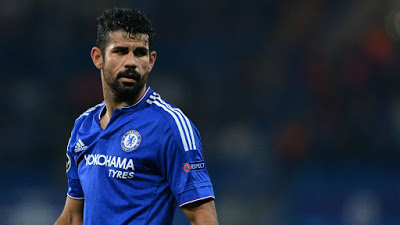 “After such a successful 2014/15 when they won the Premier League and Capital One Cup, very few people would have expected Chelsea to fall off the rails so spectacularly this season. However, a combination of key players losing form and manager José Mourinho struggling to find a solution, not to mention the distasteful Eva Carneiro episode, led to a string of defeats and ultimately the departure of the ‘Special One’.” The Swiss Ramble

“Chelsea and Everton met on Saturday at Stamford Bridge, both needing a win. Since Guus Hiddink replaced Jose Mourinho in December, Chelsea hadn’t lost a game, but had only picked up 1 win in 4. Everton, meanwhile, had also failed to win in that period, drawing with both Tottenham and City. Both Hiddink and Roberto Martinez wanted a win to placate fans and get their top four challenges back on track.” Outside of the Boot

“With plenty of attacking thrills in the shape of Romelu Lukaku, Ross Barkley and Gerard Deulofeu, it is easy to see why people have warmed to Everton this season. However, this bed of attacking roses has found its beauty tempered by a proliferation of defensive brambles. For every sublime Deulofeu cross bouncing invitingly onto the fringe of the six yard box, we find John Stones mysteriously alongside Barkley somewhere in central midfield with the team out of possession. We see Lukaku arriving a yard from goal with the trajectory and velocity expected from a turnbuckle dismount while Gareth Barry attempts to direct the chaos around him from the age-enforced position of a sentry.” Stats Bomb

“If you had offered Alex Neil 15th place and a spot six points above the relegation zone at the midway point in the season back in August, I am sure he would have grateful received it. The Scotsman rejuvenated the Canaries when he arrived in January, leading the East Anglia side to promotion from the Championship with an unbeaten record on the road. He looked to continue with the same attacking and creative brand of football in the Premier League, but the former Hamilton Academical manager has realised the need to adapt to the unforgiving nature of the English top flight.” Outside of the Boot