The Tragic Flaw of the Modern Football Manager, and Why Ancelotti is Immune

“The history of football tactics is defined by innovators. Managers who specialize in tactical theory and find ways to reinvent the beautiful game are forever engraved in the minds of supporters. It is the era of the philosopher in football, as systems based on ideas of the correct way to play are dominant in Europe’s top leagues. This dogmatic belief in one’s own philosophy is often the tragic flaw of managers who enjoy tremendous spells of success. FC Bayern Munich manager Pep Guardiola has a special stake to the claim of the most innovative mind in football history. However Die Roten now more than ever are an ideal fit for the versatile pragmatist Carlo Ancelotti.” Bundesliga Fanatic

Muhamed Besic, the cultured scrapper who could turn out to be an Everton gem

“It was only Muhamed Besic’s third start of the season but if he was anxious he hid it well. Standing in the tunnel before the Capital One Cup semi-final first leg against Manchester City, he yawned. He went on to produce his best performance in an Everton shirt, a cultured scrapper buzzing around the more sedentary solidity of Gareth Barry. It is easy to be carried along by Roberto Martínez’s ebullience – although not so easy as not to raise an eyebrow when he describes Barry as one the great players in English history – but the match provided much for Everton fans to be optimistic about, and nothing more than Besic’s performance.” Guardian – Jonathan Wilson

Pep Guardiola has a lot to prove in England

“Like anyone who has sat to write a CV in the last six months, I know what it is to be despondent. The enthusiasm of opening the laptop, of punching in those bold, visionary two letters at the head of the page, of seeing the unbroken vista of the paper spread out before you, ready for the imprint of your life’s achievements – it soon fades. For I have very few, and I’m left realising just why the unwelcome ritualistic reminder of drafting a resume is so hated.” backpagefootball 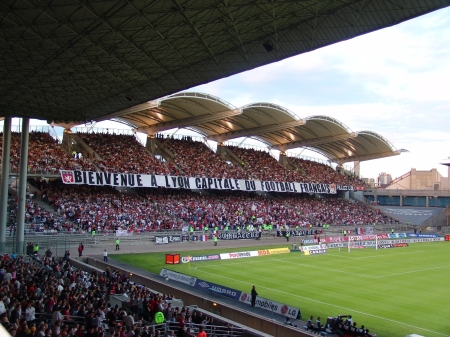 “The Stade de Gerland (otherwise known as Municipal de Gerland or Stade Gerland [stad ʒɛʁˈlɑ̃]) is a stadium, in the city of Lyon, France and home to Ligue 1 football club Olympique Lyonnais. It has a seating capacity of 40,494. Situated in the Gerland quarter, it is used by French professional football club Olympique Lyonnais, who will move to the Stade des Lumières in 2016. The Stade de Gerland is listed as a Category three stadium by UEFA‘s standards and has hosted matches for the 1972 Rugby League World Cup, UEFA Euro 1984, the 1998 FIFA World Cup, and the 2007 Rugby World Cup.” Wikipedia, The Stadium Guide, World Soccer

What would the Premier League look like if it were a knockout competition?

“At this early stage of the year, English football is all about knockout competitions: the busy festive period of league football is over, and instead we have midweek Capital One Cup semifinals, followed by the FA Cup third round. In fact, this year as a whole is also heavily based around knockout football, with the supposed offseason featuring three major competitions: Euro 2016, the Olympics and a bonus Copa America, too. Knockout football is interesting, in part, because it’s more likely to produce slightly unusual winners. Few would argue, for example, that Wigan were England’s best team in 2013 because they won the FA Cup. The element of randomness is precisely what people enjoy, and come to expect; the concept of a giant-killing in the cup competitions is arguably what the tournament is all about.” ESPN – Michael Cox

“This season has been a rich tapestry of successes and failures. From the elevation of Leicester, Watford, Stoke and Bournemouth, to the fall of Aston Villa, Swansea and Chelsea, it’s been a season of maddening stories. At the turn of the year, the current side on the slide is Southampton. On Christmas Day 2014, the Saints were nestled in the top four and the pundits were asking if they could stay there come April. One year later, the 31st of December saw Southampton sat in 12th. Not quite Leicester’s fairy tale, eh?” Outside of the Boot