Football has gone back to the back three, but why can be a mystery 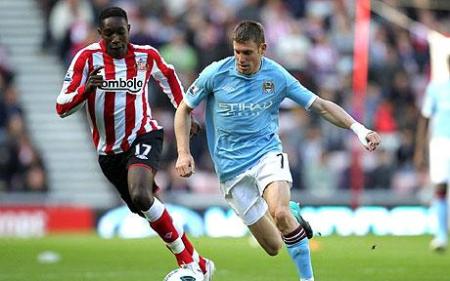 James Milner
“Everything tactical in football is relative. There are few absolutes; everything has meaning and relevance only in relation to everything else. The question ‘What’s the best formation?’ is nonsensical because it depends on so many subsidiary questions: who are my players? How fit are they? How confident are they? How motivated are they? What are they used to doing? What result do we need from this game? Are we home or away? What is the weather like? What is the pitch like? Who are the opposition? How do they play? What shape do they play? How are their form and fitness? Even if a manager can accurately assess all of that, it may still be that after 10 minutes it becomes apparent that he needs to tweak something because of a player, whether on his side or the opponent’s, suddenly having a great game or an appalling game.” Guardian – Jonathan Wilson

“Manchester City coach Roberto Mancini was frustrated when his striker Sergio Aguero was called up by Argentina for a friendly against Germany two weeks ago. And he is exasperated to see Aguero’s name in his country’s squad for the coming World Cup qualifiers. The trip to Germany came just a few days before City began their defence of the Premier League title. And Aguero’s injury means that he has limited chances of being fit in time to play for his country next month. A journey across the Atlantic is quite possibly not an ideal part of the player’s recovery. Mancini’s position, then, is totally understandable. But so too is that of Argentina boss Alejandro Sabella.” BBC – Tim Vickery

“In the era of the ‘false 9,’ there is no truer No. 9 than Radamel Falcao. He’d look wrong with any other number on his back, having worn the traditional striker’s shirt for River Plate, Porto, Atletico Madrid and the Colombian national team. After Pippo Inzaghi’s retirement, the Colombian has assumed the role of being the most renowned penalty box poacher in European football. His hat trick against Athletic Bilbao on Monday night was another demonstration of his brilliant goal-scoring ability.” ESPN – Michael Cox

“Opening days always feel a little uneasy. It doesn’t matter whether you’re in the United States or Germany, watching football or baseball. I’m not talking about nerves, either. Nerves are obviously part of it: The players look anxious, as do the fans, who have spent the offseason consuming transfer news and carefully calibrating expectations.” ESPN