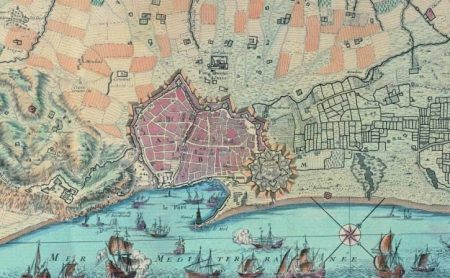 “Last night’s Supercopa match – a 2-1 win to Real, meaning they won the tie on away goals – highlighted the huge difference in playing style between the two sides. Real dominated the game in the opening period when the match was frantic and direct. Constant long balls in behind the Barcelona defence produced numerous chances and a red card for Adriano, and Real could have been 4-0 up before Barcelona had even started playing. But Barcelona dominated the second half, even with ten men, as Real dropped off and let Barcelona dictate the tempo. Barcelona’s passing is quick, in terms of going from player to player, but the speed of their attacks from back to front is very slow and patient.” Zonal Marking

Are Sergio Ramos And Gerard Pique Really As Good As They Appear?
“We are routinely told that these two Spanish defenders are the best in the world. But is their supposed greatness a fortunate by-product of being a member of all-conquering teams?” Sabotage Times

“(With pre-emptive apologies to Harry Pearson – it’s impossible to have read The Far Corner and write about non-league football (and non-league football in the North-East, especially) without succumbing to the temptation to imitate his style…) My home town Morpeth – securely and perhaps smugly middle-class – is located at something of a crossroads. Leave the self-styled ‘ancient market town’ and venture north or west in the direction of the Scottish border and you find yourself in the romantic ‘Northumbria’ of the postcards and tourist brochures: mile upon mile of unpopulated scenic countryside, picturesque castles and expansive, unspoilt, golden beaches.” thetwounfortunates

Tomtom Zola Moukoko and How Football Manager Stole My Life

“One game, a lifelong obsession, and an IBWM exclusive piece for you to understand a little more about the book. Stalking is such an ugly word, full of needlessly negative connotations. I prefer to see myself as a sort of digital detective – a dedicated disciple of those who secured immortality through the Championship/Football Manager series. It was my job – if I can call what was a hugely enjoyable pursuit a ‘job’ – to track down and extract anecdotal gems from 26 of these unlikely superstars for Football Manager Stole My Life. So six months ago – armed with little more than a notepad, pen, phone and the reckless optimism possessed by battle-hardened Scotland supporters – I set off on my quest.” In Bed With Maradona