Though Your Dreams Be Tossed and Blown 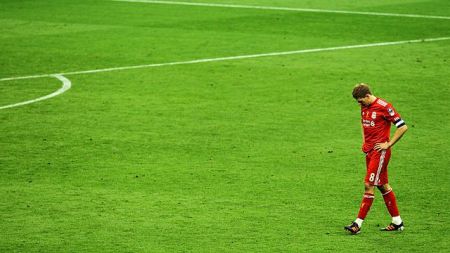 “When I look ahead to the 2012-13 Premier League season — which starts Saturday, if you can believe that — when I gaze into the swirling void of the future, and try to answer urgent questions like ‘How many points will Manchester City win by’ and ‘Reading: ??’ — when I think about the Premier League at all in terms other than Robin van Persie, nightclub groping incidents, and money, I see a darkness, and the name of the darkness is Liverpool.” Grantland

“Paul Lambert, Aston Villa. A large part of Lambert’s success at Norwich was his ability to switch seamlessly between systems – between and within matches – using a 5-3-2, a 4-4-1-1, a midfield diamond and a 4-4-2 at various points last season. Three of his summer recruits, Brett Holman, Karim El Ahmadi and Matthew Lowton, are versatile, indicating that Lambert intends to continue this approach at Villa Park. But these reactive tactics do not necessarily result in defensive football – last season, only the top six scored more goals than Lambert’s side, only the bottom three conceded more. Having seen Alex McLeish’s side score only 20 goals in 19 home games last season, Villa fans will enjoy the entertainment. …” Guardian

“They called it The Greatest Season Ever, and in terms of drama, the 2011-12 Premier League campaign will be hard to beat. A little more than three months, another Spanish tournament victory and a successful Olympic Games later, and the Premier League is back and likely to dominate the British sporting agenda — like it or not — for the next nine months. Here are 10 storylines to monitor in the run-up to kickoff.” SI

Mancini to use a three-man defence as plan B? 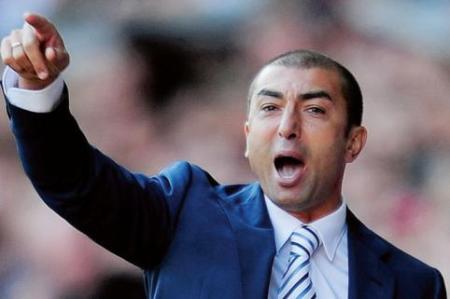 “Sunday’s Community Shield was an enjoyable, eventful match – but it was difficult to take too many conclusions from it. It wasn’t just that the match is something of an irrelevance (a feeling supported by the fact Branislav Ivanovic escaped a ban for his red card because the match isn’t considered a first-team game – Ivanovic is instead suspended from three reserve matches), but due to the red card itself. It arrived a couple of minutes after Chelsea went 1-0 up, and though Roberto Di Matteo’s Chelsea have shown their ability to withstand heavy pressure with only ten men previously, this is a large caveat when praising Manchester City’s comeback to win 3-2.” Zonal Marking

How does RvP fit into United’s plans?

“Signing the captain of a rival side and the league’s reigning top goal scorer is quite a statement, but on paper, it’s difficult to see where Robin van Persie fits in at Manchester United. It was already hard to understand what Sir Alex Ferguson was planning this season. The partnership of Wayne Rooney behind Danny Welbeck functioned impressively last season — Rooney didn’t have a superb campaign but contributed plenty of goals, while Welbeck impressed in his opening season as a first-teamer.” ESPN