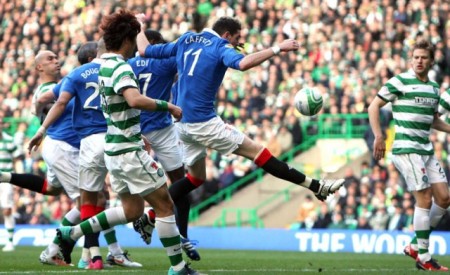 “The Scottish Premier League kicks off its fifteenth – and conceivably its last – season this weekend, after a summer when off-field issues have dominated, and the repercussions of which may yet have major consequences on the season ahead. It makes it similtaneously the most predictable, and in other respects the most unpredictable, season in the SPL’s history.” twohundredpercent

“If you take a look at the official FIFA records, you will find that the Ukrainian national team, as a separate and recognized entity, has existed for only twenty years. Over these two decades their record has been rather unimpressive: one World Cup appearance in 2006, where they advanced to the quarterfinals and automatic qualification for Euro 2012 as co-hosts. But this unremarkable performance belies a glorious footballing legacy that Ukraine left behind as part of the Soviet Union.” World Soccer

Aquilani out to revive ailing career

“It wasn’t meant to be this way. From the moment he became part of Roma’s youth system Alberto Aquilani was identified as one of the brightest prospects to emerge in years and yet now, just over a decade later, he moves to Fiorentina looking to rediscover that early promise. Having finally ended a Liverpool career that was always ill-fitting and never truly began in earnest, the 28-year-old moves to a club now synonymous with rebuilding the reputation of fallen stars. He will be hoping the famous Viola shirt can do the same for him.” ESPN 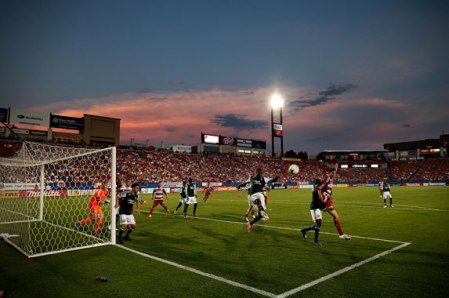 “Before Tiki Taka and Total Football, there was ‘Champagne Football’. Throughout the 1950s and early 1960s, Stade de Reims dazzled France and the rest of Europe with their exhilarating brand of effective attacking football which, as described by the great Just Fontaine, was ‘based on one-twos and a constant search for space’. Beauty went hand in hand with efficacy as, in just over a decade, the club won six leagues titles, two French cups, one Latin Cup and made two European Cup finals. And even if their successes have been scarce since (a third division championship being their sole achievement since the sixties), that great Stade de Reims side will always remain in football legend.” World Soccer

“It was just as Kenneth Branagh was finishing his Isambard Kingdom Brunel as Caliban piece and the chimneys were replacing the bucolic ideal in the Olympic opening ceremony that the news began to come through: Andriy Shevchenko was retiring from football to take up a career in politics. In a sense, of course, it’s no great surprise.” Guardian – Jonathan Wilson

“… Any football fan naive enough to believe in the fairytale of the foreign-investor-as-knight-in-shining-armour need only look at the parlous state of Blackburn Rovers to be brought to their senses. John Williams, Tom Finn and Martin Goodman felt compelled to express their extreme concern just two months after Venky’s takeover, and events since – culminating in relegation to the Championship in May – have only gone to prove that if there’s an inverse of a panacea, then Venky’s are it.” thetwounfortunates