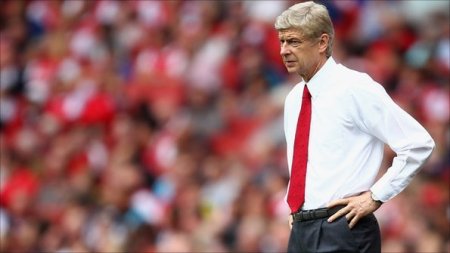 “So North London remains red after Arsenal put Spurs to the sword with a scintillating comeback in a memorable derby. This was a performance to give hope to the club’s long-suffering supporters, who have endured a troubled season to date, as the Gunners have misfired on all too many occasions. There is still much to play for, as the victory over their neighbours took Arsenal back into the top four, so they still have a chance of maintaining their remarkable record of qualifying for the Champions League for 14 consecutive seasons.” Swiss Ramble

“The top English clubs continue to perform poorly in Europe, and serve up amazingly open games at the top of the Premier League. Many have drawn a link between the two. I wrote a column for the Guardian yesterday along these lines…” Zonal Marking

Defending becoming a forgotten art for Tottenham Hotspur and Arsenal
“After a fortnight that demonstrated English clubs’ inability to control football matches in Europe, Arsenal’s 5-2 win over Tottenham Hotspur was a perfect demonstration of the utterly anarchic football favoured by Premier League sides this season.” Guardian

The Reducer: Week 26, Ghosts of the Carling Cup

“I’m fairly certain that, while Kenny Dalglish may not exchange Christmas cards with Arsene Wenger … … they can both agree on this: It is more important to not lose the Carling Cup than it is to win it. On Sunday, Liverpool narrowly defeated championship side Cardiff City, winning 3-2 (technically 2-2) after a comical, watch-through-your-fingers shootout that seemed to encapsulate 40 years of English penalty-taking in a matter of minutes.” Grantland (YouTube)

“As Cup final victories go, Liverpool’s Carling Cup final success (3-2 in a penalty shootout) over Cardiff City on Sunday was particularly unconvincing. When a Premier League team plays a side from a lower division, even if it plays a team from lower down the same division, anticlimax is probably the best it can hope for; to win by a comfortable two- or three-goal margin.” SI – Jonathan Wilson

Pathways to Russia
“In a country with a history as rich as Russia’s, it is little surprise that there are some stories which go largely untold, sitting below the surface of popular biography and kept alive only by the communities directly descended from, or affected by, the event in question. On the south-eastern railway out of Moscow, somewhere between the capital and the war memorial which is now Volgograd, lies Tambov, a small city of now more than 300,000 inhabitants, the setting for a part of Soviet history which the authorities were keen to keep quiet.” In Bed With Maradona

For Spain, no time for nostalgia

“If there is one thing in football that not only sells stories but also gives off very nearly the same degree of endorphins as a brilliant live match, it is nostalgia. We drink to it, we daydream of it, and like a life belt in a sea of mediocrity, it can salvage something beautiful from the stormiest of times for your club or country.” ESPN

Laurent Blanc’s France side are still searching for an identity

“For a team protecting an unbeaten record that now stretches to 543 days, France will approach Wednesday night’s friendly against Germany in Bremen with a surprising degree of uncertainty. Since going down 1-0 at home to Belarus in Laurent Blanc’s first competitive game in charge, in September 2010, France have qualified for Euro 2012 – without recourse to the play-offs – and enjoyed friendly wins over England, Brazil and the US (as well as some forgettable draws against Croatia, Chile and Belgium).” Guardian