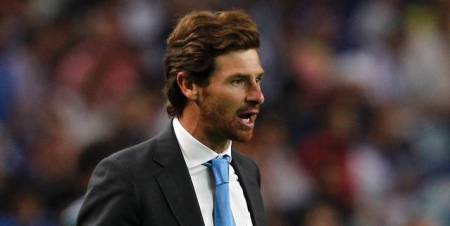 “I want Andre Villas-Boas to succeed. It could be because he and I are the same age and I’d like to think I’m at the point in my life where I, too, could manage a Premier League club. (Hey, I’m keeping my options open.) Or it could be that I am mildly charmed by his roughly translated, vaguely post-structural declarations about time and space. For instance: ‘Players compete, in the end, for their place and for their place towards the future in the team. So if you want to be in the team in the future, you are competing to win something against your colleague. I would put it exactly like that: performance to have reward … reward in terms of results and reward in terms of future continuity.’ Slow your roll, Roland Barthes. John Terry has not quite finished Elements of Semiology.” Grantland (YouTube)

Arsene Wenger and the Whale’s Back

“Arsene Wenger is like Schrödinger’s cat, or one of those particles that are supposed to be able to exist in two places at once: it’s impossible to measure him accurately because we don’t know enough about the constraints he’s under at Arsenal. If the board is pleading with him to spend money and he’s responding by humming loudly and composing an oil painting about youth development, then he’s a dogmatist who should probably be fired. If the board is counting out bills in ones and scowling when it hands them over, then he’s doing a miraculous job adapting to a difficult situation.” Run Of Play

“First played second in Ligue 1, and PSG maintain their one-point lead. PSG coach Carlo Ancelotti was unable to use Javier Pastore from the start – he was fit only for the bench. The only change from the 0-0 draw with Nice was Blaise Matuidi coming in for Mathieu Bodmer on the left of midfield. Rene Girard made three changes, bringing in Hilton at the back, Souleymane Camara on the right, and Jamel Saihi in the centre of midfield, in a 4-2-3-1 formation.” Zonal Marking