“Updated | 11:46 p.m. As my colleague David Kirkpatrick reports, Egypt’s Health Ministry said Wednesday that at least 73 soccer fans were killed, and hundreds more wounded, in clashes that erupted after a match that night in the city of Port Said. Television images of the mayhem showed that hundreds of fans of the home team, Masry, poured onto the pitch after a 3-1 victory and began chasing players from the visiting team, Ahly, which is from Cairo. There were immediate questions about the apparent lack of security at the stadium, and instant replays after the game focused not on the action on the field, but on images of police officers standing by as fans rushed past them.” NY Times (Video)

Egypt football violence: Hundreds injured in Cairo clashes
“Nearly 400 people have been injured in Cairo in fresh clashes between police and protesters angered by the deaths of 74 people on Wednesday after a football match in the city of Port Said. Thousands marched to the interior ministry, where police fired tear gas to keep them back. Earlier, the Egyptian prime minister announced the sackings of several senior officials. Funerals of some of the victims took place in Port Said.” BBC (Video)

The Ultras, the Military, and the Revolution
“The violence at Port Said last night has generated enormous commentary on twitter, and a beginning of media coverage of varying quality. One of the best summaries came last night at The Lede blog of New York Times — it’s quality largely due to the fact that it is composed of the tweets and videos generated on the ground in Egypt. You can read a good critique of a different, earlier, article by the New York Times — which like a certain number of other reports focused on the supposed ‘savagery’ of the ultras and downplayed the political context and valences of the event — here.” Soccer Politics

Egyptian Soccer Riot Kills More Than 70
“At least 73 people were killed in a brawl between rival groups of soccer fans after a match in the city of Port Said on Wednesday, the bloodiest outbreak of lawlessness since the ouster of President Hosni Mubarak one year ago.” NY Times

James Dorsey
“Anto is joined by Middle East football expert currently at the Rajaratnam School of International Studies and is the author of the Turbulent World of Middle East Soccer to discuss the stadium tragedy at Port Said this evening which resulted in at least 73 killed and up to 1,000 injuries in the hours after bloody confrontations. James provides us some background and insight into the background of the ultra movement in Egypt and how these elements have connection to the uprising in Egypt during the fall of Mubarak in the past year.” Beyond The Pitch

“They came with great expectations and the most vaunted forward line in the tournament, but Senegal limped home from the Africa Cup of Nations having lost all three of their matches. In the usual run of things, you’d expect the coach, Amara Traoré not to be long for his job. A scapegoat, says the logic of international football, must be found, and the coach is as convenient a figure to sacrifice as anybody.” Guardian – Jonathan Wilson

Why Senegal failed to shine at the 2012 Africa Cup of Nations
“To really grasp the nature of Senegal’s spectacular failure at this Africa Cup of Nations you need only look at the teams who finished above them in Group A. For Senegal to finish below Equatorial Guinea is surprising, unfathomable even. But to finish below Libya, given the vast gap in quality and wildly differing paths they travelled before meeting in Bata, is astonishing.” FourFourTwo

Kily keen to upset the odds for Equatorial Guinea against Ivory Coast
“Kily usually chugs up and down the right flank for the Spanish fourth-flight side Langreo. His chance of making it big in football seemed to have gone when Atlético Madrid released him – after 44 games for their B side – in 2008. But last week, he became the first hero of this year’s Cup of Nations as he arced a last-minute 25-yarder into the top corner to give Equatorial Guinea victory over Senegal, and take them through to Saturday’s quarter-final, in which they’ll meet Ivory Coast. Suddenly, he was a man in demand: there was talk of offers from teams in Russia and Saudi Arabia, while it’s safe to say that, barring something astonishing at the weekend, he will remain his adopted nation’s most celebrated player for some time.” Guardian – Jonathan Wilson

“Over recent months, we have called upon regular followers of non-league football in order to guess at which players might stand a chance of forging a career in the Football League, should they wish to take the opportunity. First up was Michael Hudson; the proprietor of The Accidental Groundhopper website running the rule over the Northern League. Then, Barry from The Cold End highlighted the Isthmian League’s potentialities. Now, regular TTU staffer Scarf analyzes those players operating in the most likely breeding ground of all, while sharing his forthright views following half a season’s Conference watching.” thetwounfortunates

What constitutes being good in the air? 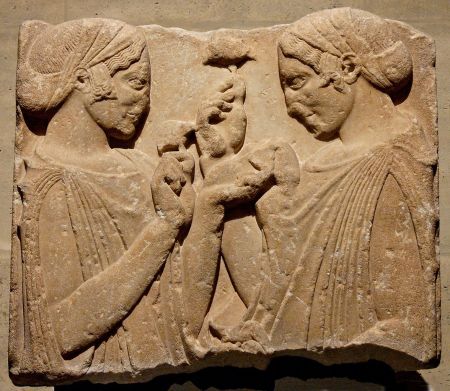 The Exaltation of the Flower
“‘Good in the air’ – a stock football phrase that everyone understands. But it’s more complex than simply being ‘good’. This article from ZM in 2010 suggested that, whilst Peter Crouch often looks clumsy and awkward when trying to head the ball, his height meant that he was still a threat in the air. That sums up the fact that being ‘good in the air’ is dependent upon a variety of factors, and players can be ‘good in the air’ in different ways.” Zonal Marking

“Each match this season Ajax seems to have more ball possesion than her opponents, just like last sunday in De Kuip. But again it didn’t help them any further. With match statistics we evaluate how Koemans side succesfully countered the naive Ajax of De Boer back to Amsterdam. Koemans team didn’t have much possession, but when they did, they moved the ball to the strikers quickly, which gave them time and space to become very dangerous in front of Kenneth Vermeer. It ended in a historic 4-2 punishment leaving the Feyenoord fans celebrating.” Catenaccio

“The miracle continues. In the 91st minute, Ander Lambarri reached a long, hopeful ball into the penalty area and, on the turn, hit a perfect shot into the far corner. 1-2. Mirandés had got one back against Athletic Bilbao and it was no more than it deserved. Athletic had taken a 2-0 lead with two from Fernando Llorente in the first half and had three clear chances wrongly ruled out for offside too. But Mirandés had struck the bar and seen Athletic goalkeeper Gorka Iraizoz make a superb save. Now, just like in the quarterfinal, it had found a stoppage time goal. Now, at last there was hope: next week, Mirandés travel to San Mamés in the Copa del Rey semifinal second leg trailing by a solitary goal.” SI