How Manchester City Could Break Even

Robinho
“Just a week after Arsenal reported record profits of £56 million, the other side of the football finance spectrum was seen when Manchester City announced a massive loss of £121 million for the year ending 31 May 2010. This is not quite the worst loss ever reported in Premier League history – that dubious honour belongs to Chelsea, who lost £141 million in 2004/05, the first full year after the acquisition by their Russian benefactor Roman Abramovich. However, to put this into context, City’s deficit is more than the combined loss for every other team in the Premier League if you exclude Chelsea (or Liverpool).” (Swiss Ramble)

“This week’s Video Of The Week continues a series of the Danny Baker hosted BBC series ‘Match Of The Eighties’. This week, the BBC flexes its archive muscles for the 1981/82 season. It was – and this seems difficult to believe, even now – the first season of three points for a win in the Football League. It was also a season that saw one of the most remarkable come-backs in the history of English football. Liverpool had a disastrous start to the season and were in tenth place in the table at Christmas before going on an oustanding run throughout the second half of the season and grabbing the title from Ipswich Town on the last day of the season.” (twohundredpercent)

“A close game that Newcastle were slightly unfortunate to lose. Manchester City continued with their now-established 4-5-1 system, with David Silva and James Milner switching flanks. Jerome Boateng and Joleon Lescott came into the backline. Newcastle’s system (taken after Hatem Ben Arfa’s early injury) was also a 4-5-1, with two wingers either side of a compact three-man midfield of Joey Barton, Kevin Nolan and Cheick Tiote.” (Zonal Marking)

“It was always there. We knew about the academies, and we saw the players. We knew the clubs, but were things faltering after capitalism took hold? For a while maybe, but Russia is ready to dominate football. Domm Norris looks at some history.” (In Bed with Maradona) 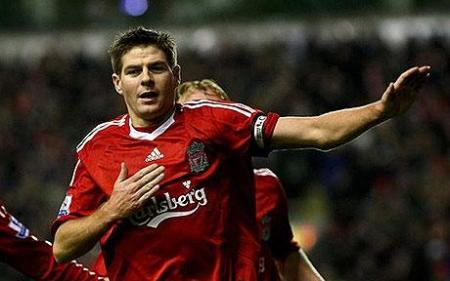 “Being a young lad, it’s hard to remember even the end of what were the best years at Anfield. Sure, I remember Robbie Fowler and the spice boys, as well as Michael Owen’s debut with his boyish charms. But it has been Steven Gerrard that best represents everything it is to be a Liverpool fan to my generation. Steven Gerrard is an enigma of a footballer.” (The Equaliser)

“Some things over time become more and more difficult to defend. Like refusing to ever use a public bathroom despite buying those twelve tacos off that dodgy vendor. Or insisting on reverse looking-up the phone numbers of every person that calls. And it increasingly feels that way about Arsenal too. They have become the purist’s team – great to watch but teething problems at the back that, for Arsene Wenger apologists, seem offset by a promise of a brighter future. Chelsea, in more ways than one, seems determined to wreck the Utopian dream and in Didier Drogba have a player who loves doing damage to Arsenal.” (Arsenal Column)

“It was supposed to be a friendly game. One team, led by the president of Boliiva, Evo Morales, versus a team led by a political foe, the Mayor of La Paz, Luis Revilla.” (npr)