“I was thinking about a huge post on English and American soccer culture, ESPN, Ian Darke, Hicks and Gillett, the Red Sox, barristers in powdered wigs, Steve McQueen in a Mini Cooper, teenaged Beatles, and Bristol Rovers fans lying down in Leadbelly’s graveyard, but the concept got too unwieldy: Make a list of the places where American culture and English culture intersect, even one that includes only the most striking or the weirdest or the most iconic vertices, and pretty soon you wind up with a galaxy instead of a blog post, and you spend an hour debating whether Edmund Burke gets photographic sidebar representation.11 He would, but only as a representative of paleo-Whigdom in general. So now I’m thinking about a medium-sized post on all that stuff, and Steve McQueen waits for another day.” (Run of Play)

Liverpools Day of Reckoning
“So, farewell then, Thomas O Hicks and George Gillett Junior (H&G) – pending appeal. And what have we learned this last week? Well, to misquote Kipling, ‘if you can keep your head, while all around are losing theirs… you haven’t assessed the situation properly.’ And there was plenty of that in and around Liverpool Football Club lately. There was future-ex-owner, pending appeal, Hicks ‘sacking the electorate’ in boardroom vote-rigging that would have made Elbridge Gerry himself blanch. There was the execrable Piers Morgan in the Mail on Sunday to ask ‘what have Hicks and Gillett actually done wrong?’ Oh yes he did.” (twohundredpercent)

Liverpool FC – Nothing Behind the Curtain
“In a decade, a fresh off the print MBA textbook will be opened to a chapter on ‘International Mergers & Acquisitions: Case Studies in Futility.’ The opening section? Hicks, Gillete, and Liverpool – The Importance of Due Diligence & Cultural Understanding.” (futfanatico)

Scotland 2-3 Spain: Scotland come back from two down, but plan B Llorente grabs winner

“Scotland scored two goals against the World Champions, but that still wasn’t enough to take any points from an exciting encounter. Craig Levein abandoned his midweek 4-6-0 formation in favour of a slightly more traditional 4-1-4-1 system, with Lee McCulloch between the lines of defence and attack, and the two wide players tucked in level with the midfield. Kenny Miller came in upfront.” (Zonal Marking)

“Brian ‘Buster’ Phillips of Run of Play has a new post up extrapolating some of the ‘cultural shadow’ (my phrase) discussion on Ian Darke and the influence the English have on American soccer into a wider musing on cultural cross-pollination. The thrust of his piece is that perhaps English and American soccer cultures are beginning to blend and fuse as a greater number of Americans throw themselves into the game, English outfits looks to learn American marketing techniques, clubs are passing into American hands and the Internet puts us all into a rolling shared-language conversation on all of the preceding and more. Brian reasons that as time moves along, the language and the growing involvement of Americans will only pull us closer to our cousins across the pond when it comes to this game. That’s the nature of globalization, and soccer isn’t immune.” (Match Fit USA)

“Three thoughts from the October set of friendlies and then player ratings from last night’s nil-nil snoozer against Colombia. Keep in mind the thoughts are from both games, not just last evening.” (Yanks are coming) 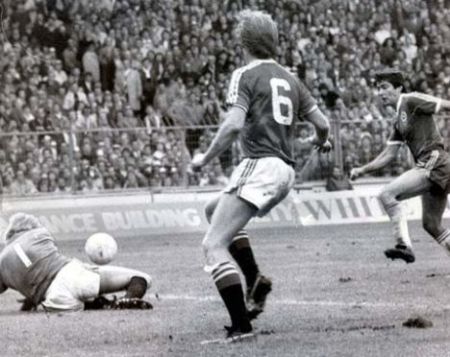 “The rain comes thick and fast, hurling itself towards the pavement as though seeking a penalty to be given against its cloud. My pace quickens. Short, sharp steps clattering against the grey concrete slabs. It is also cold. Bitterly so. There is sporadic warmth under the glow of each passing street lamp overhead. Shop signs arrive into and quickly disappear from my peripheral vision.” (The Seventy Two)

” As well as scenes you would hope never to see at a football match, Tuesday’s Italy-Serbia Euro 2012 qualifier in Genoa also gave viewers some moments of inadvertent comedy, courtesy of UEFA’s obtuse reluctance to announce the match had been abandoned. This meant Italian state broadcaster RAI had reporters scrambling around seeking confirmation long after the stands had emptied, with Italy players changed out of their kit and on the way out of the ground with bags packed.” (WSC)

“For Europe’s football giants, qualifying for the finals of Euro 2012 is almost a formality. For many smaller countries, such as Armenia, ambitions are more modest. Earning more points than last time, doing well enough to move up to the next pot in the seedings. These are not the kind of aims to inspire a nation, so if they are accompanied by the occasional night of unexpected glory – like Armenia’s 3-1 win over Slovakia last Friday – so much the better.” (FourFourTwo)

“A clear victory in a match that Holland dominated. By exploiting Sweden’s high defensive line ‘Oranje’ managed to score an early goal and an in-form Afellay and Huntelaar built upon this to achieve a comfortable 4-1 margin.” (11 tegen 11)

“Meet the soccer players of South Africa’s 2008 Homeless World Cup team and their leaders in the Cape Town community.” (Streetball)