A Glorious Education In Italian Football 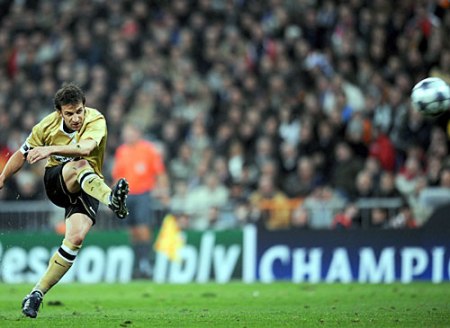 Alessandro Del Piero
“There’s an advert on television at the moment asking what information overload has done to us. If you haven’t seen it already, two women are having lunch together in what appears to be a fashionable restaurant when a question from one of the pair causes her friend to apparently short-circuit and begin spewing random irrelevant facts with alarming speed, drawing the bemused attention of the other restaurant-goers and embarrassing her companion. The advert then poses its key, pertinent question, before somewhat confusingly plugging a new search engine on this here internet.” (Who ate all the Pies)

“International qualifiers might now lack the quality of top flight European football, but they more than match the major leagues for drama and unpredictability. In the qualifiers for Euro 2012, one feels that anything and everything could happen and probably will. For the likes of Italy and France, things are going to get worse before they get better. Both the fading powers are stuck in what could easily be described as groups of death, were it not for the fact that almost every group contains three or four sides that could finish first or second.11 The exception is Group E, which looks like it’ll be a fairly straightforward Netherlands-Sweden qualification. Only Spain (obviously), England, and Germany look certain to win their groups. Uncertainty lurks in every game—what has happened to the predictable march of the old élite?” (Run of Play)

“There’s something of the ‘Pre-Italia 90 Robert Robson’ about Claudio Borghi. A good man, with a fine record at Colo Colo and Argentinos Juniors, Bichi is now in the extreme glare at stuttering Boca. Sam Kelly reports from Argentina.” (In Bed with Maradona)

“Back from a short holiday! Totally refreshed and ready to pick up the pace of a determining phase of the season. The coming months will see which jump starts will turn out to be true overachievers and which slow starts will prove a lost year to the club. Picking up the action I’ve missed starts with last week’s midweek UEFA Champions League (UCL) action. Match day 2 of the UCL saw Ajax face AC Milan at home, with the hosts aiming for their first points after a disappointing performance away at Real Madrid in their first UCL match in four years. Milan did win their UCL opening match against Auxerre, albeit trough a rather narrow 2-0 victory with two Ibrahimovic goals shortly after the hour-mark.” (11 tegen 11)