Why CONCACAF is killing the best rivalry in North America 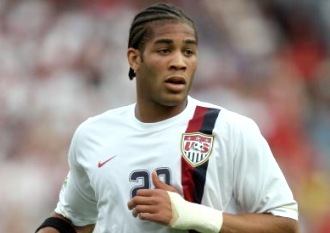 Oguchi Onyewu
“They’re killing the most important rivalry in American soccer. That’s my unavoidable conclusion after speaking to Chuck Blazer, the general secretary of CONCACAF, who confirmed that he expects FIFA to approve a new regional qualifying format for World Cup 2014. Under the new format, which has already been approved by CONCACAF, the U.S. and archrival Mexico — the two soccer giants in this part of the world — would almost certainly not meet during any of the qualifying games for Brazil 2014. Not even once.” (SI)

This entry was posted on Thursday, September 30th, 2010 at 7:14 pm and is filed under Brazil, FIFA, USA. You can follow any responses to this entry through the RSS 2.0 feed. You can leave a response, or trackback from your own site.