Video Of The Week: Football & Fascism 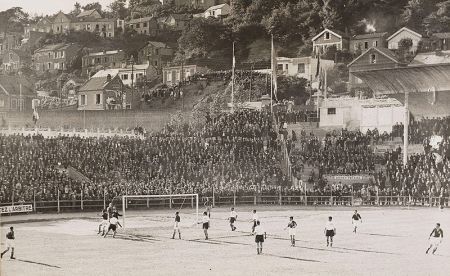 “As some of you may have noticed, we’ve restarted the ‘Video Of The Week’ section on the site, and this week we have a particular treat for you in the form of the outstanding BBC documentary from 2003, ‘Football & Fascism’. This film traces the link between three fascist dictators of the twentieth century – Mussonlini, Hitler and Franco – and football, focussing on Mussolini’s, ahem, ‘hands on’ approach towards the 1934 World Cup finals, the importance placed upon Germany’s performances at the 1936 Olympic Games and the 1938 World Cup finals and General Franco’s use of Real Madrid to bolster his popularity in Spain.” (twohundredpercent)

“Another pulsating weekend of football action in EU member-states has been and gone; and all we can do is reflect and hope next Saturday and Sunday are just as marvellous! I began my weekend with two successive 2-0 triumphs – Hoffenheim’s conquest of Schalke on Friday evening, followed by Zenit’s cruise to victory over the downwardly-hurtling Tom Tomsk. Subsequent to that interjection of Russian action, I found myself back in the realms of the Bundesliga as Jurgen Klopp’s Borussia Dortmund sought to inflict a third successive defeat on Wolfsburg.” (Tactics, analysis, opinion, & scouting)

“A great encounter with some terrific goals – Porto narrowly recorded an important victory. Porto lined up as expected, 4-3-3 with Fernando dropping deep ahead of his own defence, and Hulk and Silvestre Varela switching wings upfront. Braga used a counter-attacking 4-2-3-1 shape, with Domingos Pacienca leaving out Matheus, instead using Paulo Cesar on the left and Lima the the main striker, with close support from Luis Aguiar.” (Zonal Marking) 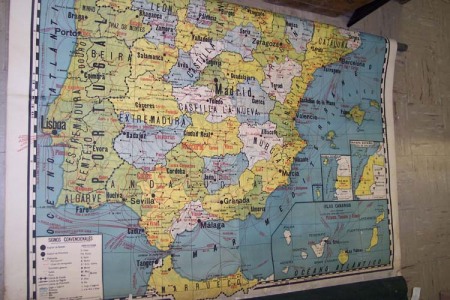 “Barcelona were defeated by a two-goal margin in La Liga for the first time under Pep Guardiola, at the hands of newly-promoted Hercules. Guardiola’s side were without Carles Puyol through injury, whilst Sergio Busquets, Daniel Alves and Xavi Hernandez all started on the bench. Bojan was the central striker, whilst Javier Mascherano made his debut in the deep-lying midfield position.” (Zonal Marking)

“Yesterday evening saw the much awaited kick-off of the Dutch Eredivisie. And it was the defending champion’s honour to feature in the first match, away against last year’s number nine, Roda JC. A potentially tough fixture as Roda performed particularly well in the second half of last year’s competition and, in contrast to Twente, succeeded in keeping much of their squad together during the summer transfer window. Of their regularly featured players, only midfielder Marcel de Jong and central defender Jean-Paul Saeijs departed. New signing Jimmy Hempte from Belgian outfit KV Kortrijk was attracted as the new central defense partner to the athletic and passionate part-Norwegian, part-Gambian Pah-Modou Kah.” (11 tegen 11)

“In the Euroborg, a fine example of a modern stadium that offers an excellent footballing atmosphere, home side FC Groningen took on ‘Celtic-beaters’ FC Utrecht in a match that could be seen as an early six pointer in the battle for the European Football qualification spots. The home side saw their patient and controlled attacks rewarded with a late winner to defeat a rather tame and defensive-looking Utrecht team.” (11 tegen 11)

“With three losses from their opening three matches, Stoke City have a problem. Their third season back in the Premier League has begun with three losses and it is only the dismal form of West Ham United that is keeping them off the bottom of the Premier League table, although there is an element of falseness about their position, since two of their three defeats have come at the hands of Chelsea and Tottenham Hotspur – both matches that it might have been unreasonable to expect them to win. Still, however, there is cause for concern at The Britannia Stadium this evening that they may be set to hit the buffers. This is exactly the sort of match that they have excelled at grabbing by the scruff of the neck over the last couple of seasons, and they need to get back into that habit this evening.” (twohundredpercent)

Roy Hodgson
“Liverpool secured a draw against a determined and robust Birmingham side, but were once again dominated in midfield. Although Konchesky and Merieles made their debuts, there weren’t many positives from this encounter for Liverpool. We review the game and look at where the Reds need to improve.” (Micro LFC)

“Well, LLL didn’t see that one coming and anyone else who predicted Barcelona being butt-rumbled at the Camp Nou is a liar, liar, pants of fire – apart from Hércules coach, Esteban Vigo, who seemed fairly confident of pulling something spectacular off before the game. Vigo apparently showed DVD’s of the Inter v Barça clashes from last season’s Champions League as inspiration ahead of the game and it seemed to do the trick with Hércules hustling away in midfield and counter-attacking with some panache.” (FourFourTwo)

“Next weekend West Brom fans will display a banner supporting new signing Peter Odemwingie, a reply to the racist one Lokomotiv fans hung following his transfer from Moscow. The messageboard reactions I read to it this week were perhaps typical of a lot of British fans: ‘Shame on Lokomotiv, respect to West Brom!’; ‘An intelligent answer’; ‘Brilliant, a worthy reply’. What is perhaps more surprising is that these were written by Russian fans on the championat.ru forum. However, with the 2018 World Cup hosts announced in December, and the English newspapers seemingly now all onside, this is not an element of Russian football culture that will see much daylight in the UK.” (WSC)