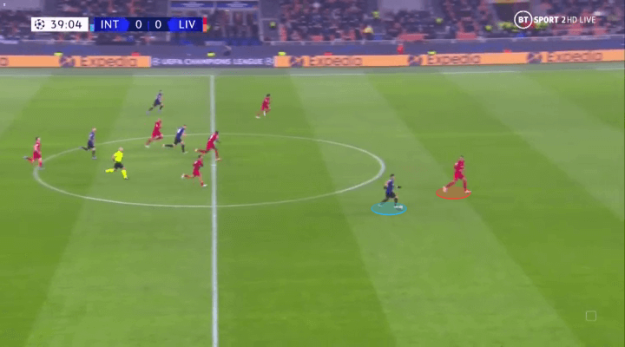 “In a tactical sense, Liverpool’s 2-0 victory away to Inter Milan felt like a very modern contest. The game was played at a frenetic tempo, both sides looked to push up and press the opposition whenever possible, and there were various moments when the defences seemed set to play themselves into trouble on the edge of their own penalty areas, such was the defensive effort of the attacking players. In situations like that, sometimes the defenders themselves are slightly anonymous — they hold a high line, position themselves to sweep up if the press is beaten, but find that their job title is slightly misleading and they don’t have to do much actual defending. …”
The Athletic (Audio)