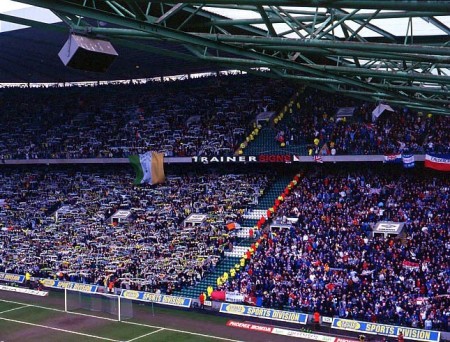 “The Old Firm is the collective name for the Scottish football clubs Celtic and Rangers, which are both based in Glasgow. The two clubs are by far the most successful and popular in Scotland, and the rivalry between them has become deeply embedded in Scottish culture. It has reflected, and contributed to, political, social, and religious division and sectarianism in Scotland. As a result, the fixture has had an enduring appeal around the world. Between them the two clubs have won 106 Scottish League championships (Rangers with 55 and Celtic with 51), 73 Scottish Cups (Celtic with 40 and Rangers with 33), and 47 Scottish League Cups (Rangers with 27 and Celtic with 20). Interruptions to their ascendancy have occurred rarely, most recently with the challenge of the New Firm of Aberdeen and Dundee United in the first half of the 1980s. …”
Wikipedia
NY Times: Old Rivals, New Ideas and Why Some Clubs Are Reluctant to Try (Jan. 2021)
Soccer Politics – The Old Firm: Scotland’s Claim to Football Fame (Dec. 2011)
The Old Firm – April 2019) (Video)
The Old Firm Derby: A Tale of Politics, Religion and Scottish Sectarianism (Oct. 2019 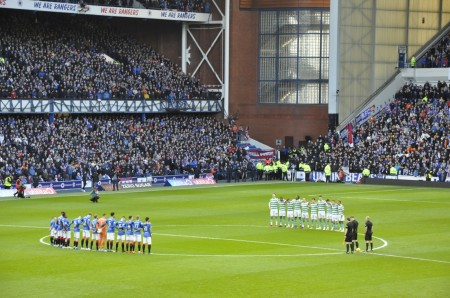 Celtic and Rangers players observe a moment of silence before their match on December 29, 2018

This entry was posted on Monday, February 21st, 2022 at 1:18 am and is filed under Celtic, NY Times, Scottish Cup. You can follow any responses to this entry through the RSS 2.0 feed. You can leave a response, or trackback from your own site.