Is This Stadium in England or Wales? The Team Needs to Know.

Deva Stadium’s parking lot is in England and its field is in Wales. In a pandemic, that’s a problem.
“… The answer to all three, Sumner knew, was Chester F.C., a one-time stalwart of English soccer’s professional divisions but currently residing in its sixth tier. For 30 years, Chester, the team he served as official historian, had played at a stadium that straddled the largely nominal line separating England from Wales. Not that it seemed especially important to anyone. The stadium’s location was nothing more than a minor claim to fame and occasional inconvenience: two countries sometimes meant paperwork for two local authorities. Other than that, Sumner said, nobody even knew exactly where the border was.’ …”
NY Times
W – Chester F.C. 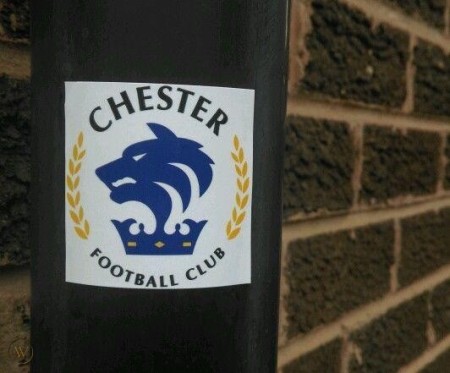 This entry was posted on Tuesday, January 18th, 2022 at 12:29 am and is filed under NY Times, Wales. You can follow any responses to this entry through the RSS 2.0 feed. You can leave a response, or trackback from your own site.