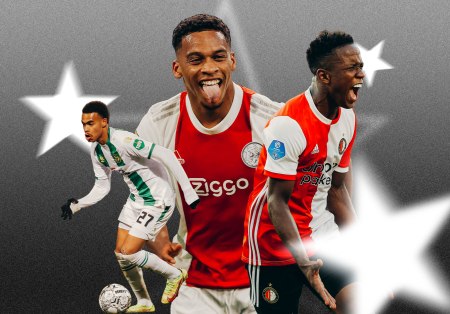 “Ever since the emergence of professional football in the Netherlands, Dutch top-flight players have proven to be in demand. From Johan Cruyff – the first player to have been worth more than a million – to Marco van Basten, Ruud Gullit, Ronaldo, Romario, Zlatan Ibrahimovic, Luis Suárez, Matthijs de Ligt and Frenkie de Jong: the list of Eredivisie gems to make their way to the widely recognised stronger leagues in Europe grows longer every year. Who might be the next players in the Eredivisie to make the move away from the Netherlands and into the big five European leagues? We look at six talented players and the data that underpins their impressive careers so far. …”
The Analyst (Video)

This entry was posted on Friday, January 14th, 2022 at 12:04 am and is filed under Holland. You can follow any responses to this entry through the RSS 2.0 feed. You can leave a response, or trackback from your own site.