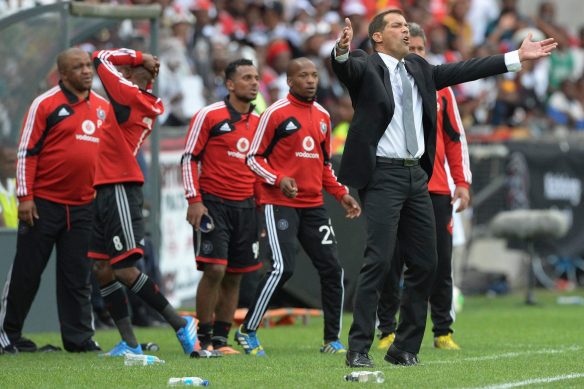 24 September 2013: Orlando Pirates coach Roger De Sá reacts during an MTN 8 semifinal match against Kaizer Chiefs at Orlando Stadium in Soweto.
“Roger De Sá is not giving too much thought to the possibility of setting a South African record of sorts at the 2021 Africa Cup of Nations (Afcon), which kicked off on 9 January and runs until 6 February. An Afcon winner with Bafana Bafana back in 1996, albeit as an unused substitution, the former goalkeeper could become the first South African to win a second gold in Africa’s premier competition should he help Egypt become champions for an eighth time.  De Sá is coach of the Pharaohs. …”
New Frame
W – Roger De Sá