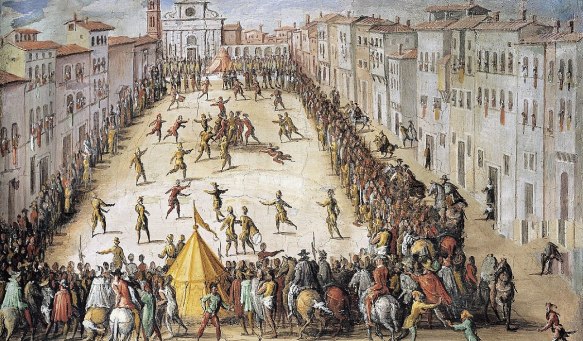 “Football, in the contemporary sense of the term, can be traced back no further than the mid-19th century, after it became, in 1863 to be precise, a game of clear structure. Though a primitive counterpart of the modern game, many of the stipulations outlined by the then-newborn Football Association remain in some form to this day – kickoffs following a goal, forbidden use of the hands and an early offside rule – any attacking player ahead of the ball was deemed offside, though this was quickly revised to closer resemble the rule today. Hence, there can be little argument to oppose the suggestion that football began in England, at least as an organised sport. …”
These Football Times